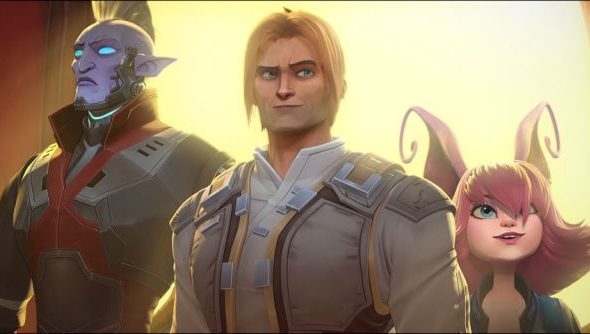 WildStar is less than a week away from its bold free-to-play revamp, opening its doors on September 29th. Many see an MMO going the route of F2P as a sign of failure; one last ditch attempt to save a game from the deathknell that has claimed so many (I miss you, Star Wars Galaxies).

I’ve spent time exploring Carbine’s new vision for their giddy sci-fi MMO, inside the F2P beta which is available ahead of the big release. What I found wasn’t particularly surprising: veteran players will continue to adore the game, whereas new players can expect a much improved experience to that of the original launch. If you strongly disliked WildStar though, don’t expect any miracles.

I actually gave WildStar a good run for its money at launch. I found it to be largely a fun and fresh experience, and appreciated its effort to it’s end-game activities. However, getting to that honeypot of content was a chore. Questing was dull, further constricted by needlessly long and strangulating starter zones. Even if you reached max level, you had to jump through an endless amount of hoops before you could even walk into a raid instance. 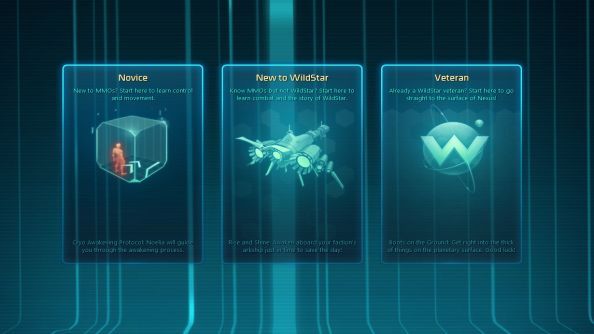 Thankfully, this has been addressed in the game’s grand reboot. Before you do a single thing you’re asked about your personal experience with MMOs, and WildStar in general. This allows you to skip an incredibly painful tutorial, and head straight to the meat of the story. For those who prefer – like alt-a-holics – you can also skip the story intro and head straight to the planet Nexus from the word go, pre-loaded with some levels, abilities and gear.

The same can be said for those ridiculously convoluted raid attunements. From what used to be a eye-watering twelve separate steps, attaining the Genesis Key will now only require four, the contents of which won’t cause your eyes to roll into the back of your head.

Dungeons have been retuned and shifted around to give players a better sense of flow and progression; there’s even a new on available at level 15, called the Alpha Sanctum, to help fill out that sparse beginning section.

Even world bosses have seen some love. They’ve all been bumped up to max level now, rewarding end-game loot. They have really long spawn timers, but players can go and hunt smaller bosses in recommended groups of five, to help speed up the spawn rate for the entire server. The idea is that smallers groups will roam a zone hunting for these small bosses, before banding together in a raid to take on the big baddies. Awesome. 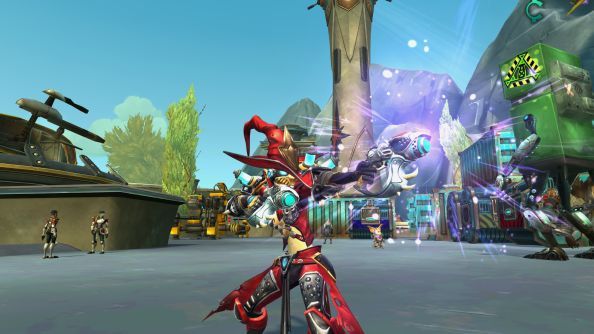 Carbine have also embraced some of the community’s most popular mods, putting them directly into the game as direct features. No need to download Junkit anymore – WildStar’s most installed mod ever – you can sell all that useless guff to the vendor with a single click of the mouse.

Another popular mod was to make the mouse pan the camera without having to hold down the mouse button. This made WildStar feel more like true third-person action game, or even adopt FPS familiarities if zoomed all the way in. Just like Junkit, this is now built in by default into WildStar’s options. It’s actually a really fun way to play the game; using it solely for combat seems to be the way to go.

Carbine have also massively changed their movement mechanics and controls. You can now sprint indefinitely outside of combat, cutting out the yo-yo feeling as you deplete that endurance bar when you’re out exploring. It behaves like normal in combat, however, where you must go back to treating it like a valuable resource, but that seems reasonable. What’s important is that getting around is now quicker, more consistent, and not tedious. 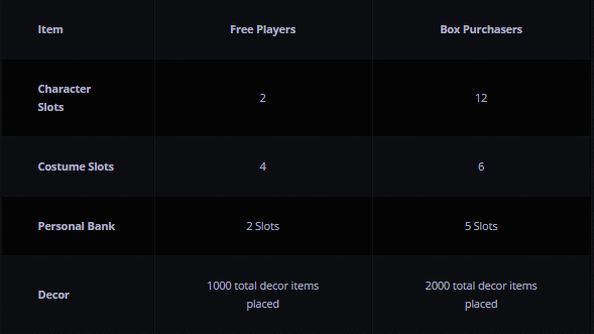 But what of the free-to-play differences? Well, it’s good news right off the bat: F2P players will have absolutely zero restrictions on WildStar’s content. None, nada – you can dip your toes in it all without dropping any coin.

There are, however, some differences between players who have already sunk some money into the game. Players who’ve bought a boxed copy will get some extra character slots, costume slots, personal bank space, and an increased decor item limit. Of course, you can purchase all of these individually from the new in-game shop (more on that below), but if you want the best bang for buck, you should pick up a boxed copy now and apply the code to get the bonuses locked in before F2P begins.

It doesn’t stop there either. WildStar will still offer a subscription service to their most loyal players. Becoming a Signature player offers a huge slew of buffs and services, and importantly that’s all it provides: increased experience gain, more auction house slots, queue priority etc. There’s no unfair advantage to be had compared to those who want to live the F2P life, the way it should be. What’s also cool is that the in-game subscription item, C.R.E.D.D., is here to stay, so if you want to pay for your Signature subscription using gold, you can still do so. 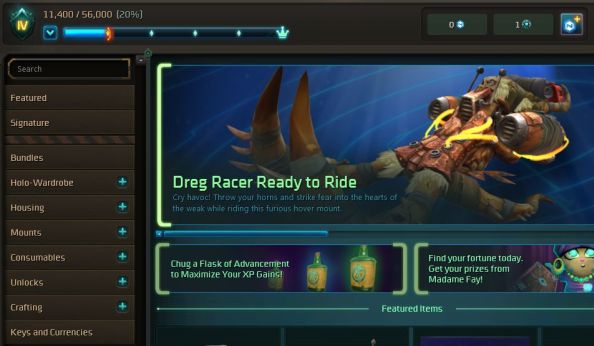 Any surviving F2P MMO has an in-game cash shop to fuel itself, and WildStar is no different. Here you’ll find an assortment of items, which are largely cosmetic, and convenience services. Two different currencies govern the shop: NCoins and Omnibits. The former is a currency which is obtained via real money, whereas the latter can be found organically by playing the game; that’s right – even hardcore F2P players can still buy stuff from the store without spending a dime.

For those who do decide to break out their wallets, purchasing things like NCoins or Signature subscription for example, they’ll earn Cosmic Points – a form of loyalty reward. It works as a tier system, providing you with juicy loot for hitting point milestones, with very rare cosmetics at the end of every tier. Currently there’s six total tiers, with more coming in the near future, and existing WildStar players can expect to already have some Cosmic Points banked up from purchasing the boxed game, as well as any previous subscription.

If you’re still adamant about not spending a single penny on WildStar, then don’t sweat, as the daily login rewards will have you covered. Each fresh day that you log into WildStar, you’ll be given a free gift. These can even include consumables directly from the cash shop. And it gets better: for every tenth day, you’ll be given something rare, like companion pets, mounts, costumes etc. 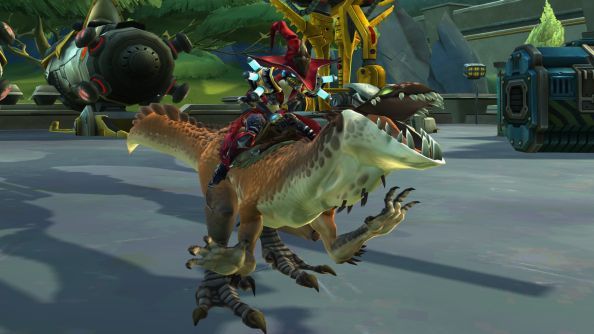 If you’re yet land on Nexus and try WildStar, then the free-to-play launch on September 29th is the perfect time. If you’re already confident that you’ll be playing WildStar for a great deal of time, it’s definitely worth considering picking up a boxed copy of the game to alleviate some of the F2P restrictions. To players who are either on a break, or gave up entirely shortly after the original launch, WildStar is still the same game at its core, except it’s considerably more refined. Is it worth another look? Sure.

Let’s just hope that the servers hold up against the newfound attention it’s bound to receive.