WildStar is going free-to-play. It’s going the whole nine yards: no box price, no paid-for expansions. The whole game is free to anyone. It’s a big move for Carbine Studios; WildStar only launched last year, but since then the developer has become convinced free-to-play is the one true path.

“[Subscriptions are] the antithesis of inclusivity,” says WildStar’s product director Mike Donatelli. “You want as many players to play your game, but then you turn around instantly and say ‘Nope, you can’t play the game.’ It doesn’t make any sense.” 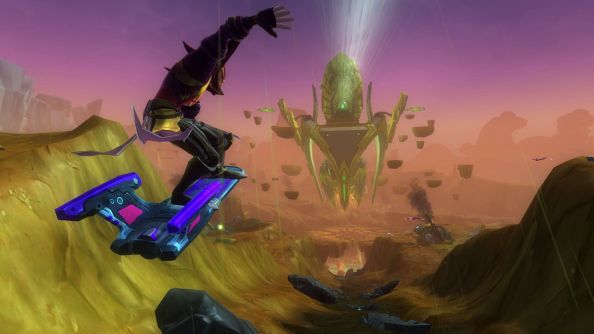 Carbine’s free-to-play philosophy for WildStar is very simple: it is the same experience for people who want to pay as for those who don’t want to part with a penny. People who are subscribers and remain as subscribers will get some bonuses, but the whole game – including every extra bit of content that’s popped up over the last year – will be free to play. A new store selling cosmetic and convenience items will be set up, and will accept two currencies: real cash, and ‘Omnibits’. Omnibits can be earnt from playing the game, meaning both free users and paying players can buy identical items from the store.

“The experience is the same [as when WildStar was subscription]. We made sure that was the whole point. If we sell content then this guy’s gonna have an expansion and this guy doesn’t. He’s gonna have a PvP map that he doesn’t, and now those two people can never play together. It’s not right for us,” says Donatelli.

“We didn’t want to have barriers in the game itself that would stop players, whether they’re free to play or paying players, from playing together. So we tried to make sure none of those barriers were in the game whatsoever,” adds Chad Moore, WildStar’s creative director. 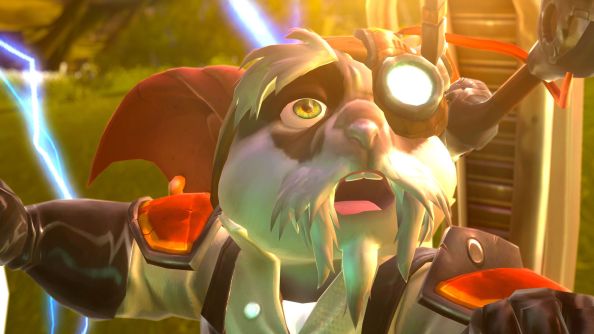 So why is WildStar changing now? “The market has evolved,” says Moore. “If you look at the number of free-to-play games that are out there now, and the quality level of those free-to-play games, it is becoming extremely difficult for a subscription model game to become successful.”

“We as a studio just decided our goal is to let anyone who wants to play our game get in and give it a shot. The only thing that made any sense was to get rid of the box price and get rid of the subscription.”

Changing WildStar from subscription to free-to-play business model is much more than throwing in a microtransaction store though. Free-to-play attracts numerous different types of players, and it has prompted Carbine to think about what these new players will want from WildStar. So alongside the traditional MMO raids and dungeons, Carbine are gradually adding more ‘short session’ activities for players with just an hour to spare. 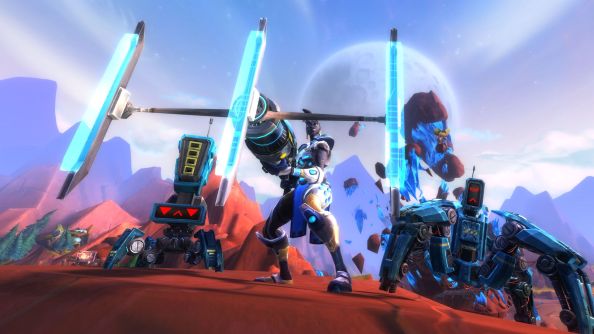 “We’re still gonna have things like dungeons and raids that are longer, but we’re filling a void for a certain type of player that I think is kinda the new norm for a certain percentage of the MMO. We are gonna make sure they have tons of content,” says Moore.

We live in an age now where the subscription MMO is a relic of a time gone by. By going free-to-play, Carbine are modernising WildStar, as well as opening it up to millions more players. “If you’re confident in your game’s level of quality, which I’m completely confident in ours, then this is the way to go,” says Donatelli.

“I don’t think we’ll ever make another game that is subscription,” adds Moore.

{"schema":{"page":{"content":{"headline":"WildStar is going free-to-play because subscriptions are “the antithesis of inclusivity”","type":"news","category":"wildstar"},"user":{"loginstatus":false},"game":{"publisher":"NCSoft","genre":"Subscription","title":"Wildstar","genres":["Subscription","MMO"]}}}}