The latest Windows Insider Build, number 17763, has been out with the intrepid testing community for the last week, and it looks like it’s the update build which will bring real-time ray tracing to Windows 10 in early October. And if Microsoft follows its previous updating plans then we could see the Windows 10 October 2018 Update land on October 9.

The build, code-named Redstone 5, brings such wonders as a dark theme for File Explorer, new emojis, new Storage Sense control, the death of Snipping Tool, Edge updates, and SwiftKey support. But the most exciting thing for us gamers is that the October Update also brings with it one of the most significant updates to DirectX in a long while – DXR, or DirectX Raytracing.

This is the API update which will provide integration of Nvidia’s RTX technology and allow us to use the full feature set of the new Turing GPUs and their real-time ray tracing capabilities. That should also kickstart the patch for Shadow of the Tomb raider and mean that Battlefield 5 lands with ray tracing enabled on day one.

In terms of when exactly the Windows 10 October 2018 Update is going to arrive, there are two suggested dates, both of which have an air of legitimacy about them. The April 2018 update was originally due to launch on the first patch Tuesday of April, which is most commonly the second Tuesday of the month.

If that’s the same target for the October 2018 update, then that would make the start of the Windows patch roll-out on October 9.

But there are other contrasting rumours suggesting that it would be a week earlier on Tuesday October 2. There has been an XML file with the string ‘PublishedMedia id=”2072″ release=”20181002 RS5 RTM WU’ discovered in the WindowsUpdateBox and that would suggest the roll-out would start on 10/02, or October 2.

Further credence is given to that rumour because Microsoft is actually hosting an event in New York that day to cover the launch of some new Surface devices, and there’s a chance the October 2018 update could get itself a big launch on stage.

Officially, we don’t know exactly which of those is going to be the real release date for the new build of Windows, but it’s not long to wait now. 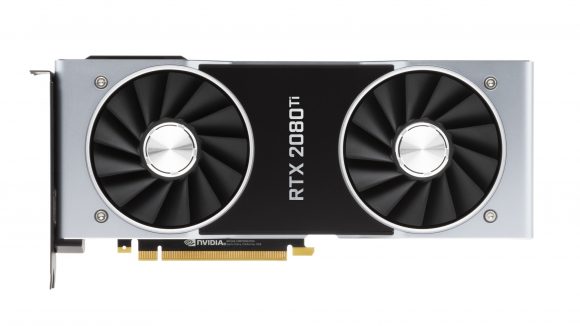 Alongside the DXR goodness, which is going to turn your $1,200 Nvidia RTX 2080 Ti into a real-time ray tracing monster – if only at 1080p – the update should also bring with it the WinML update to enable AI developing enhancements which could make games truly next-gen.

WinML adds more power to the DirectX API in order to unify the way developers can acces the machine learning capabilities of your PC’s hardware. Using deep neural network (DNN) models developers will be able to engage with gamers in new, and potentially incredibly exciting ways. Personally, I’m looking forward to the days when Football Manager 2020 features hundreds of thousands of AI characters made real by the power of deep learning and inferencing.

And all that is going to start with the next Windows update.