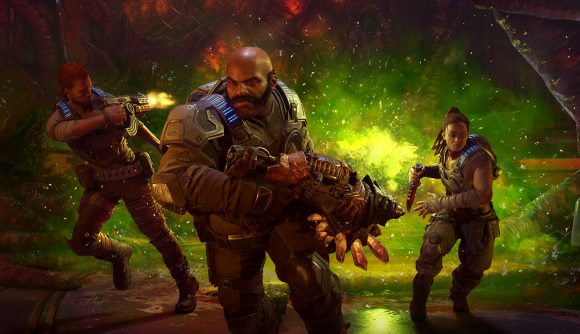 While it’s fashionable to dump on the Epic Games Store for its lack of features and seeming indifference regarding users’ suffering, one other digital PC store client from a major publisher has been doing the ‘terrible user experience‘ thing for far longer – Microsoft, with the Windows Store. It’s an experience that’s so bad that Microsoft has been forced to put the Halo Master Chief Collection on Steam too, so people will actually buy it.

However, the good news is that now that Microsoft has launched the Xbox Games Pass for PC – which, of course, provides games for subscribers through the Windows Store –  the publisher now has a genuine reason to start making the Store more user-friendly.

Microsoft has already revealed an impressive new Xbox client for PC to run games, which is in beta right now, and now it looks like it’s already taking the next step – by  adding the possibility for mod support for games on the Windows Store for the first time in the latest Windows 10 update.

As spotted by Pycorax on Reddit, this Windows update sneakily added a new folder to Program Files called ‘ModdableWindowsApps’. While normally we’d be upset at Microsoft adding new things to our PCs without telling us, this one appears to be exclusively to allow mods for PC games using the Windows Store.

Details on the folder can be found on Microsoft’s website, and it specifies that it’s a place for apps to be copied “so that users can modify the installation files (for example, to install mods)” – and only for “certain types desktop of PC games that are published by Microsoft and our partners.” Developers will apparently be able to use other folders to make and apply mods, but ‘ModdableWindowsApps’ will be the default.

It’s good to see Microsoft finally giving mod makers the chance to ply their wares on the Windows Store. As the Xbox Games Pass for PC is proving to be an increasingly good deal, the inclusion of mod support might even help push a few more people into subscribing.