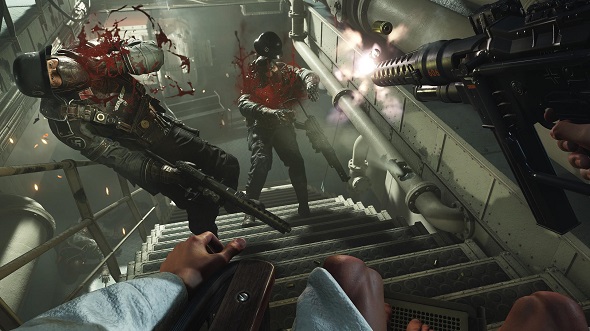 Wolfenstein II: The New Colossus is one of the best single-player shooters in recent memory, and our full review lays out all the reasons why. But maybe text alone isn’t enough to convince you of a game’s quality. Maybe you need to touch the controls for yourself. Bethesda understand that, and so they’ve made a free trial available for all to play.

For more on why Wolfenstein ended up so good, check out how MachineGames made the guns so satisfying.

You can grab the demo on Steam. It features the game’s opening level, and if that’s enough to impress you your progress will carry over into the full game.

The campaign of Wolfenstein II will also soon be expanding with a trilogy of DLC expansions, the first of which has been announced for December release. The following packs will go out in January and March. You can get a preview of all that action immediately when you pick up the season pass.