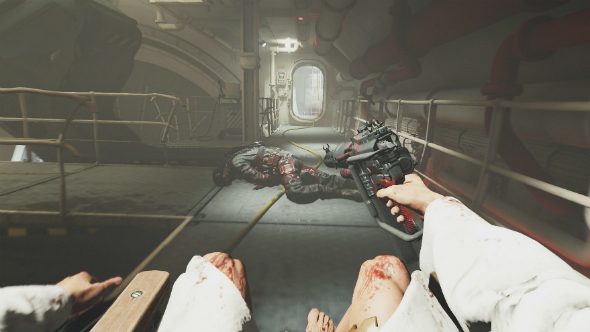 If you play on both PC and Xbox One, and want to murder a lot of Nazis, you may well be able to do it in two places, as Wolfenstein II: The New Colossus has been listed as a Play Anywhere game. This may be an announcement for Gamescom, but people have picked this detail up on the Xbox Store before the Microsoft conference is to start.

For everything we know so far on Wolfenstein II: The New Colossus, we’ve put together a page for you.

This comes from MSPoweruser, who wrote about this earlier today. It should be a nice little bonus for any of you who do use both your PC and Xbox One, as you can get it on both at once, with the added benefit of cross-platform saves.