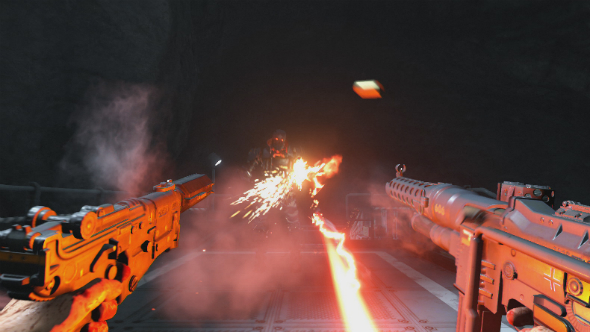 Guns, roscoes, shooty shooty bang bangs – whatever you call them, they’re an integral part of the Wolfenstein series. As you’d expect, the Wolfenstein II: The New Colossus weapons have had just as much love lavished on them. They’re the tools of B.J. Blazkowicz’ trade, adept at dismembering Nazi grunts and reducing their armoured comrades to unrecognisable piles of flesh and metal in seconds.

It’s not exactly a weapon, but we also fell in love with Wolfenstein II’s Nazi-stomping power suit.

Almost every weapon in the game comes with three potential upgrades, too, ranging from suppressors and extended clips, to more substantial gameplay tweaks like scopes and charged shots. Unlike in The New Order, which scattered specific upgrades around levels, you get to choose what to unlock for each weapon this time around by finding Upgrade Kits. Aside from being a little more convenient, it means you can pick upgrades that suit your playstyle. We’ve had some hands-on time with a good portion of the guns available in The New Colossus, and browsed their various upgrades to brief you on what awaits in the shooter, which releases on October 27. 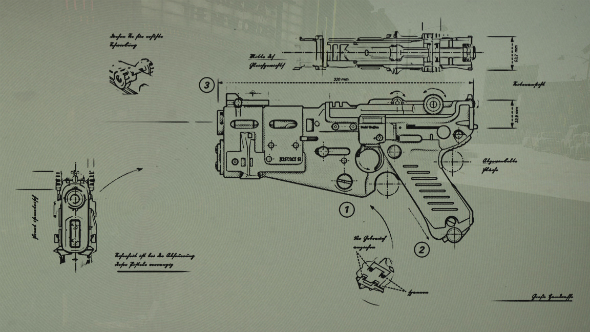 Nearly identical to the Luger-inspired sidearm from Wolfenstein: The New Order, the Pistole is effective against lightly armoured enemies at close range.

You’ll want to use an upgrade kit to add a Suppressor to the Pistole as soon as you come across one, allowing you to headshot Nazi commanders over long distances and stop them from calling in reinforcements. While hardly a pea-shooter, it quickly starts to feel underpowered as your armoury expands. 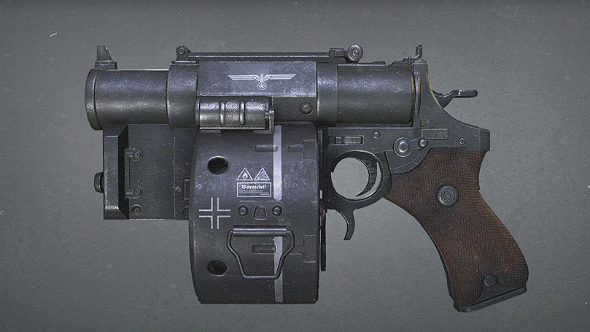 One of the best weapons introduced in The Old Blood, the Kampfpistole returns in Billy Boy’s latest outing and is even more devastating than before. It’s effectively a break-action rocket launcher shrunk down to the size of a pistol – love at first sight for any dual-wielding specialists. The Rocket upgrade is a must, as it lets you light up targets at range without having to carefully arc your shots. 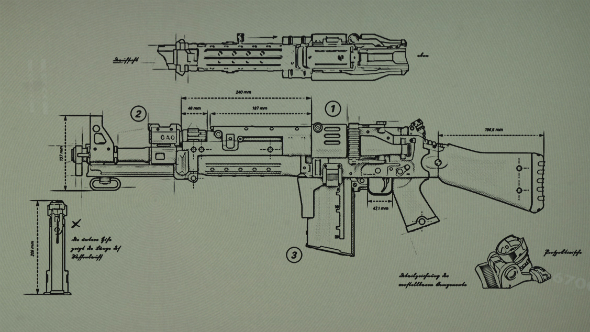 A dieselpunk evolution of the German StG-44 assault rifle that saw service at the end of the Second World War, the Sturmgewehr is a high-power automatic rifle favoured by Nazi elite soldiers. The Sturmgewehr is a mid-range beast: high damage, solid handling, and just enough vertical recoil to ensure you’re constantly scoring accidental headshots.

It’s a handy dual-wield option, allowing you to clear out close-quarters threats with a shotgun in one hand, while picking off mid-range enemies with the Sturmgewehr in the other. Even in isolation, however, the Sturmgewehr is a satisfyingly weighty tool that gets the job done with terrifying efficiency. 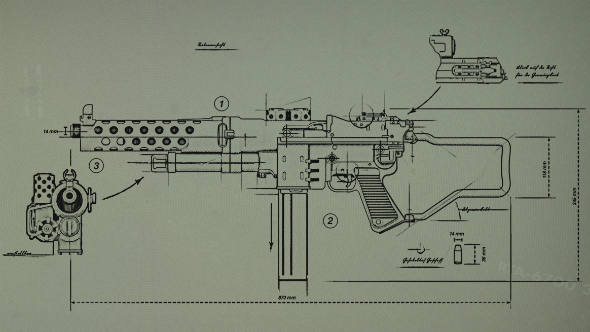 The weapon of choice for Nazi grunts across the Third Reich, this submachine gun is ideal for up close and personal encounters with groups of enemies.

Like any self-respecting SMG, the Maschinenpistole is at its very best when fired from the hip – it’s also brilliantly effective when dual-wielding, naturally. It’s a lighter option than the Sturmgewehr, but things start to unravel for the Maschinenpistole when you try to use it for mid-range engagements, as the recoil is totally unmanageable during sustained fire. 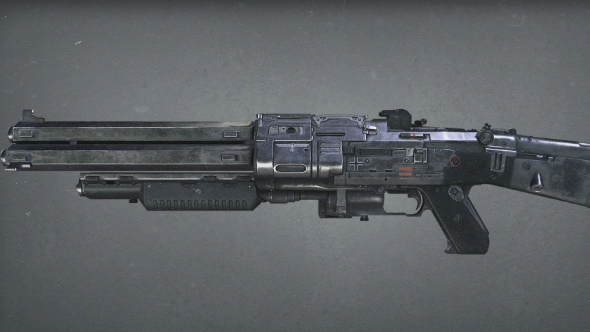 Much like its predecessors in both Wolfenstein: The New Order and The Old Blood, this automatic shotgun is all about damage-per-second. Boasting a rotating triple barrel, an impressive 20-round magazine, and a cone of fire that makes corridor-clearing a breeze – the Schockhammer is the only weapon you need for close-quarters combat, and feels overpowered (in the best possible way) when used to cut down human enemies. 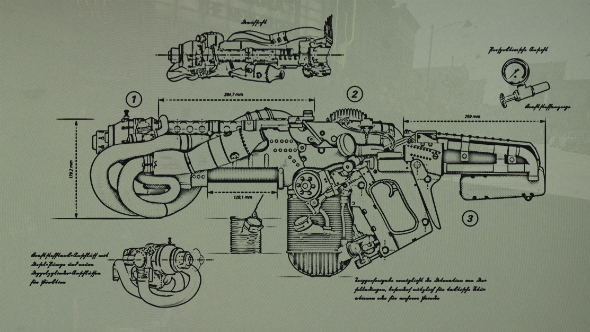 The Dieselkraftwerk fires sticky canisters of fuel that can be detonated remotely. It’s one of the few Wolfenstein II: The New Colossus weapons that properly caters to would-be combat tacticians, allowing you to quietly place fiery traps for unsuspecting Nazis, cover flanking routes, or even open up entirely new pathways. Equip it with the Ignition Muzzle upgrade and you can use it like a flamethrower instead, barreling through crowded corridors, leaving only death and destruction in your wake. The Dieselkraftwerk is one of two special Wolfenstein II weapons in that acquiring it is dependent on following the Wyatt narrative timeline. 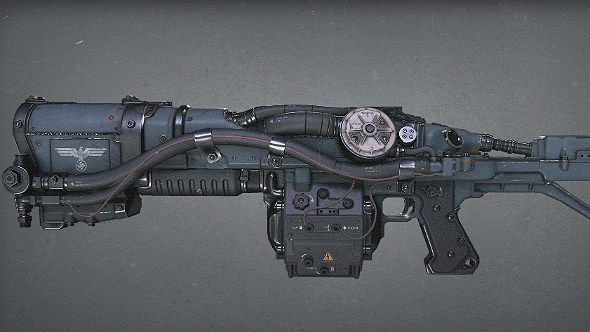 Wolfenstein II: The New Colossus throws a lot more armoured enemies at you than The New Order did, and they’re tough nuts to crack. That’s where Wolfenstein II weapons like the Laserkraftwerk come in handy – lasers are super effective against Nazi mechs and Supersoldaten alike. You can even use this laser rifle against metal doors in order to open up new paths. Fit the Laserkraftwerk with a scope and you’ll be able to melt, explode, and microwave most Nazi thugs in a single hit. Like the its diesel variant, the Laserkraftwerk is tied to a specific timeline – in this case, Fergus. 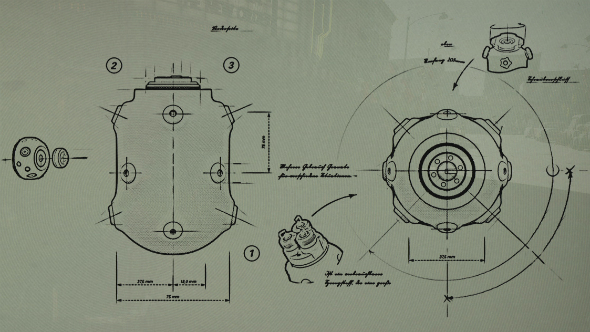 The humble high-explosive grenade. Simply pull the pin, lob at a group of Nazis, and watch as they’re reduced to a crimson haze of meaty chunks. Be sure to equip it with the Fragmentation upgrade the first chance you get for vastly improved gibbing capabilities.

The New Order had the Knife, The Old Blood had the Pipe, so it makes sense that you get a new method of up-close-and-personal dispatch in The New Colossus. The Hatchet fulfills every Nazi-dismemberment fantasy you’ve ever had, whether it’s gouging, impaling, slicing, chopping, or crushing. It also comes with a throwing variant for mid-range stealth kills, and it even works on heftier, armoured enemies such as elite troopers. Thanks to its usage in combat and stealth takedowns, the Hatchet is one of the more brutal Wolfenstein II: The New Colossus weapons – and that’s saying something. 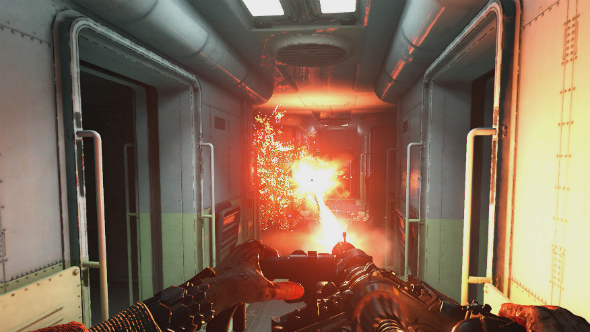 You can pick up this hefty laser cannon from the exploded remains of an armoured Nazi elite trooper. It’s a big gun, so you can’t run with it or keep it in your inventory, which also means no upgrades. However, as temporary firepower goes, you won’t get much better than the Lasergewehr. Casting a mid-range laser stream – a focused version of Set’s Nazi-popping traps from the submarine level – you can obliterate heavies and grunts in a matter of seconds with this delightfully sci-fi weapon, creating a beautiful shower of particle effects in the process. 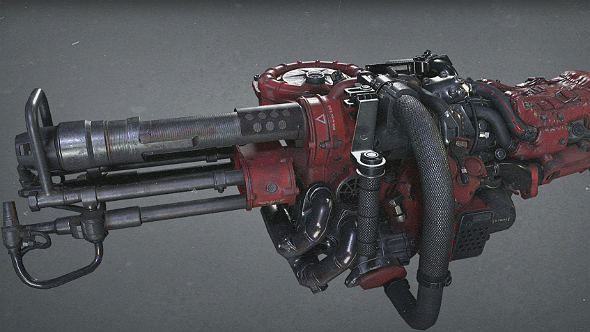 A heavy weapon that can be looted from certain Super Soldiers, the Dieselgewehr fires globs of ignited diesel through the air like grenades. It’s great for area control and boasts one of the best firing noises in gaming.

We haven’t been able to get our hands on this weapon yet, but seeing as it’s mentioned in the description of the Heavy weapon kills perk, we’re guessing this is the emplaced heavy machine gun from The New Order. If that’s the case, this gun will make you death incarnate, whether you’re dealing with crowds of Nazi goons or a gigantic, fascist mech.

What weapons and upgrades would you like to see unveiled ahead of The New Colossus’s release? Let us know in the comments below.