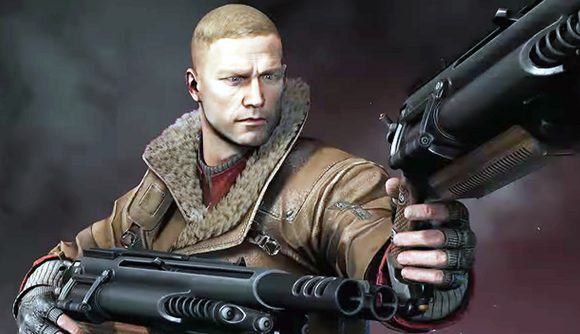 Wolfenstein, Indiana Jones, and this week’s unexpected Quake remake developer MachineGames has got a new triple-A game in the works, and it may be the studio’s first game with multiplayer. Seeing as its Indiana Jones game has already been announced, it’s entirely possible that Wolfenstein 3 might be the game getting multiplayer – for the first time since 2009.

According to the Zenimax job listings site (via Exputer), developer MachineGames is hiring an AI programmer for its “next upcoming triple-A game” working with the studio’s Engine team. Mostly it’s standard stuff, but the smoking gun comes in the ‘preferred skills’ section: “Understanding of multiplayer bots as human replacements.”

With the exception of the co-op focused Wolfenstein: Youngblood – which was mostly made by Dishonored and Deathloop developer Arkane Studios – the Wolfenstein series hasn’t had a multiplayer component since Raven’s 2009 game, so this would be a first for MachineGames if Wolfenstein 3 is indeed getting a multiplayer side. Assuming, of course, that this job listing is for Wolfenstein 3.

It is possible that it’s actually the developer’s upcoming Indiana Jones game that’ll get some form of multiplayer, although that seems an ill-fit for the franchise. Alternately, this could be an entirely new game unrelated to Wolfenstein, depending on how many projects MachineGames has going right now. It certainly doesn’t seem to be solely a multiplayer game, however, as “knowledge and experience designing player companions” is also listed.

Regardless, MachineGames still has a job listing for a Monetisation Designer to help drive “healthy and acceptable monetisation” in the new game – so whether Wolfenstein 3 or a brand new game, it’ll likely have “consumer-friendly” live-service elements.

More positively, MachineGames helped launched a “revitalised” version of Quake 1 this week with brand new content created by the team – even going so far as including Quake 64, which is now on PC for the first time. Wolfenstein 3 hasn’t been announced but is “absolutely” on its way,  according to Bethesda’s Pete Hines, although Pete also says that the Indiana Jones game is “very, very, very” far off.