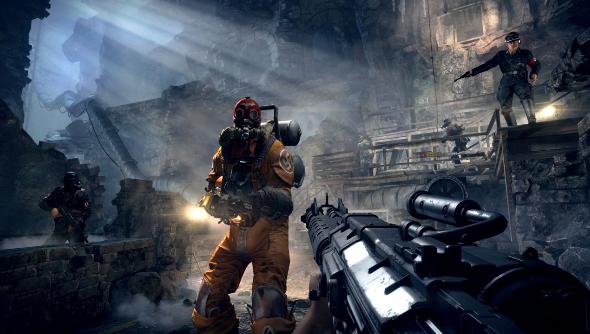 Wolfenstein: The Old Blood, the standalone expansion to last year’s excellent trigger-happy shooter Wolfenstein: The New Order, releases tomorrow. Oh my, that’s come around quick. But if the mere premise of shooting Nazis until they run out of blood doesn’t entice you immediately, you should probably take a look at in action.

Bethesda have streamed over an hour of the game, and the video of all that gameplay is here for you to oogle over.

Our Steve had the pleasure of playing some of the game recently. In his preview he said: “Much like The New Order, here’s a game that knows exactly what it’s doing and expresses that with confidence, style and skill.”

The fact that it seems so similiar to The New Order is no bad thing; I thought Machine Games’ first Wolfenstein outing was one of the best games of last year. More of the same sounds pretty good to me.