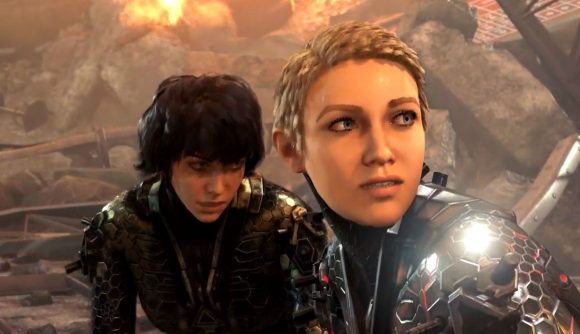 Wolfenstein: Youngblood adds a whole lot more RPG to the Nazi-murdering series, and that includes an in-game coin currency for buying new weapon upgrades, boosters, and cosmetics. There’s some grinding to do if you want it all, but players quickly found that Cheat Engine can boost your coin reserves to the limit. Bethesda apparently doesn’t like that, and has put an end to the cheat in the game’s first patch.

There are two important distinctions here. One is that this cheat applies to the in-game currency, not the microtransaction currency – some cosmetic items can be bought with either in-game money or real money, but none of the gameplay-affecting items can currently be bought with real cash. Second, as PC Gamer notes, is that use of cheats in any capacity is definitely against the game’s EULA.

Either way, Reddit user calibrono’s efforts to highlight the patch’s exploit have awoken some severe annoyance in players. The question, of course, is exactly who cheats are hurting in a co-op game without any competitive aspects.

The cheats do let you bypass a small number of optional microtransactions, so maybe that’s the end of it – either way, it’s in the EULA, so Bethesda’s got an out to make sure the in-game currency is locked down.

Check out our Wolfenstein: Youngblood review for more on the game itself. In short, it’s a good single-player game but a great co-op one, with or without the coins.