Battle for Azeroth’s alpha is still being datamined for new information. Last week we found out you’ll be able to make your Orc stand upright with a trip to the barbers  and even hover around like the Green Goblin on a goblin hovercraft.

Now, it’s been uncovered, you’ll be able to buzz around on a new bee mount.

For all the latest details, check out everything we know about World of Warcraft: Battle for Azeroth.

Here’s what the new bee mount will look like (it comes in black, red and classic yellow): 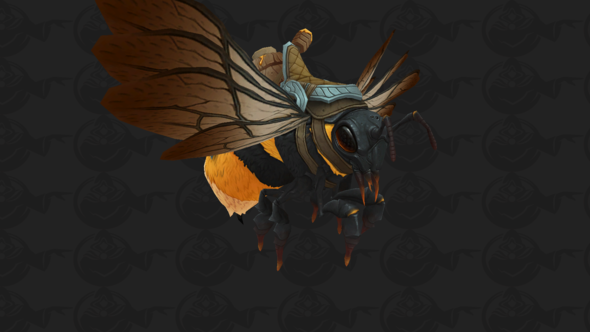 This is the first time we’re seeing bee mounts introduced to World of Warcraft, and it’s only one of several exotic new mounts being introduced in Battle for Azeroth.