With Battle for Azeroth, Blizzard want to reignite World of Warcraft’s age-old conflict between Alliance and Horde. But this emphasis on hostility between the factions risks branding a significant portion of players as belonging to the losing side. That doesn’t seem healthy.

Did you know: World of Warcraft’s new Island Expeditions will let you fit a raid in during lunch.

Throughout Legion we saw the barriers between factions break down. The Horde/Alliance split became almost arbitrary as, instead, class identity became the focus. It even made sense towards the end of the expansion’s storyline that we would band together to defeat an evil that was bigger than both Sylvanas and Anduin. Legion was about bringing everyone together.

If you weren’t prolific in the PvP scene then you’d be excused for forgetting faction-specific content even existed (though I still remember getting constantly ganked on Argus by Horde…and yes, I’m still bitter). So now, understandably, Blizzard want to bring back one of the hallmarks that made WoW so iconic in the first place.’Declare your allegiance’ is now the WoW website splash screen while ‘Prepare for war’ greets you on the launcher as you boot up the game. It’s clear what theme Blizzard want to push with this next expansion. 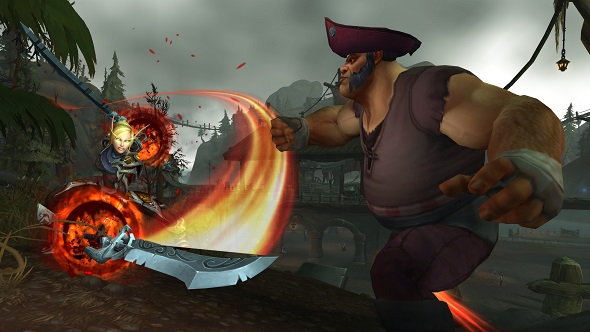 But thinking in the long-term, this eponymous battle for Azeroth will have to have a winning side and a losing one. Surely, this will leave half the players with a sour taste in their mouth. Yes, nowadays most players have at least a couple of characters on both sides, but the Alliance/Horde split is roughly 50/50, and deep-down players really do rep one faction more than the other. Just listen to the crowd reactions to the ‘for the Horde’ and ‘for the Alliance’ moments during the Battle for Azeroth launch trailer.

Blizzard’s writing team did a stellar job with the story of Legion. The little we’ve seen of Battle for Azeroth shows that this emphasis on plot isn’t likely to die down, with the team showing that they’re keen to explore the darker realities of warfare, both modern and fantasy. The prevailing theory among players, though, is that despite pushing this huge conflict between factions, we’ll end up severely weakened in a ‘both sides lose’ type scenario, just about the time the next big bad shows up.

With Queen Azsharaand the Old God N’Zoth’s influences already confirmed in the expansion, it is entirely possible come the end of Battle for Azeroth that we won’t be fighting each other at all. Blizzard have to be careful here if they don’t want to alienate a significant portion of their playerbase. By pushing the faction warfare angle so fervently, if they don’t provide a sufficient resolution to the conflict, players are likely to complain. 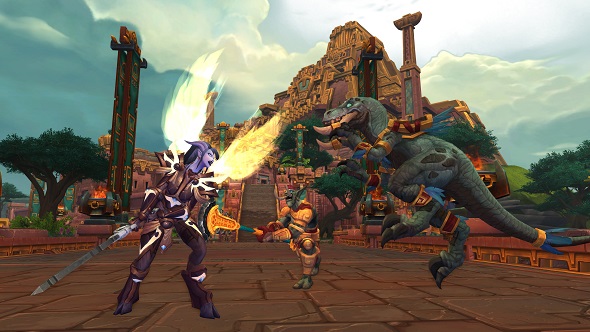 While Blizzard no longer reports subscriber numbers, Legion was undoubtedly a success, bringing a lot of life back into World of Warcraft. But by focusing the next expansion on such a polarising event, they may be taking a bigger gamble than many will at first realise. No-one wants to be called a loser, especially if they have no way to contribute to why they are being branded as such.

And if Blizzard does try to throw a curveball by dropping a big endgame boss at us after all, they risk accusations of being a one-trick pony, resorting to the same expansion formula its relied upon for years. If the tension that is being stirred up in the lead-up to Battle for Azeroth isn’t satisfactorily resolved then even the winning side risks losing out in the long run.