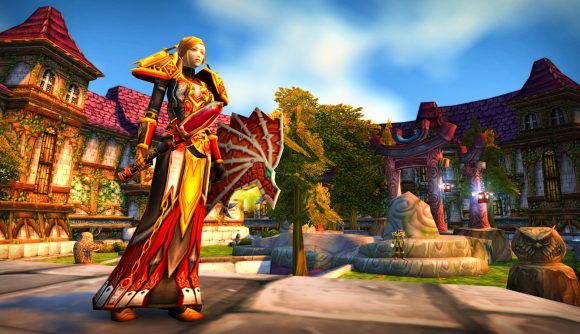 Blizzard has kept World of Warcraft going for almost 17 years. Over that time, we’ve accrued a bevvy of items that have become sought after due to their rarity. Sometimes it’s an event-exclusive item from a few years back or a weapon with a meagre drop rate. The Pendulum of Doom is one of those items, and a player has finally got one to call his own after nearly four years of grinding.

Porowl explains to Reddit that he initially started his journey on the game’s retail version before hopping over to WoW Classic when it released. They started the grind because they wanted to see if they could get seven of the Uldaman dungeon’s rare drops, which are The Digmaster 5000, The Jackhammer, Spaulders of a Lost Age, Shadowforge Bushmaster, Miner’s Hat of the Deep, Papal Fez, and, yes, the Pendulum of Doom.

After 2,000 runs on retail and 292 runs on WoW Classic, Porowl managed to get his Pendulum of Doom alongside a Papal Fez for his troubles. He still doesn’t have The Jackhammer, Digmaster 5000, or Spaulders of a Lost Age, but they’re open to having a go. Right now, Porowl plans on doing another eight runs to make it an even 300 before he takes a break. You know what? Fair enough.

Now, you could just buy the Pendulum of Doom from the shop in WoW Classic, but where’s the fun in that? Porowl says that he bought one for 700g early on in Classic, but “it wasn’t about having the Pendulum, it was about getting it to drop”. Right on.

I found the rarest item in World of Warcraft after over 3.5+ years of running Uldaman! PENDULUM OF DOOM! – 2,000 runs on retail & 292 runs on Classic WoW has led me to this moment. (video of drop in post!) ALSO I got Papal Fez in the SAME RUN! from classicwow

So, like, what is he going to do with that weapon now that they have it? Porowl says he’s making a level 39 Shaman for WoW Classic’s Burning Crusade expansion, “so you better watch out for these wind fury crits, cause they’re coming with doom”.

If you haven’t heard of the Pendulum of Doom before, it’s a two-handed axe that can deliver a fatal wound for 250 to 350 damage to someone if you bop them on the head.

Here’s the moment Porowl got the drop: 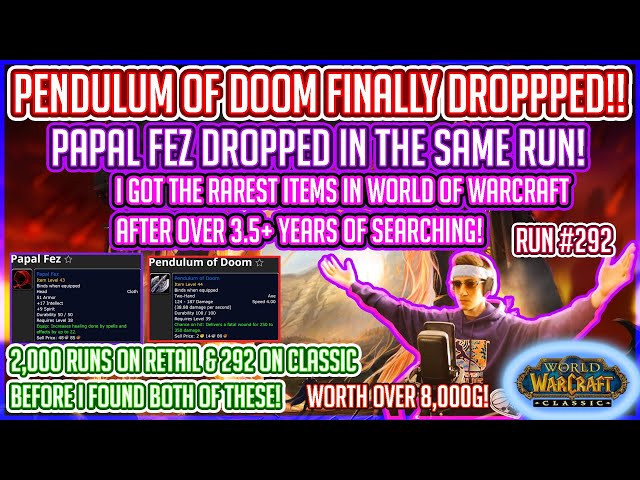 WoW Classic’s Burning Crusade is currently in beta testing, but it’s set to launch later this year. In the meantime, though, you check out our WoW Classic starter guide if you’re looking to get into it. Otherwise, our WoW Classic classes and WoW Classic servers guides are pretty dandy, too.