When it comes to WoW Classic servers, picking the right one to play on is important. Your choice on where to start will restrict you to a particular group of players, since cross-realm play, including cross-realm zoning and looking for group options, are not part of Classic gameplay.

Demand for servers was large enough at launch that Blizzard has added a boatload of new ones, and increased the capacity on existing ones, in both North America and European Union regions. You may create up to ten characters on a realm. Log into World of Warcraft Classic now by using the drop-down above the Play button in your Battle.net client to select Classic, instead of the current game.

But before you create that character, you must first decide what realm to put them on. There are several types of realm to choose from, ranging from PvP and PvE to roleplaying WoW Classic servers where you have to remain in character at all times. Here’s the list of servers, what you should consider and which you should avoid when choosing a vanilla WoW server in 2020.

The WoW Classic server list, on login, will display the current population of created characters on that realm. High and Full realms may have login queues; Medium and Low population realms are less likely to be affected.

Queues can become truly a nuisance at wildly popular times, such as the first week of Classic’s launch. As a reminder, this was the video that went viral when vanilla World of Warcraft first launched (reposted by Shofixti): 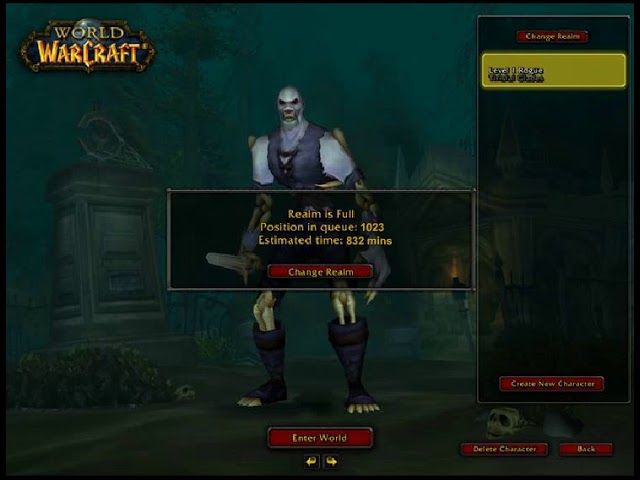 KILLING OTHER PLAYERS: PVE VS. PVP

Unlike modern WoW, where players can turn world PvP on and off at will on any server, Classic servers are divided as the original game laid out. Some allow PvP; some don’t. On PvP servers, you are always attackable by fellow players except in a very few areas designated as Sanctuaries. On PvE servers, the only time you may attack other players is as part of duels (which they must accept), specific PvP battlegrounds or arenas, or very limited areas in the world that specifically allow for PvP or player-versus-anyone combat, such as the Gurubashi Arena in Stranglethorn Vale.

For the EU region, servers are divided by language, with the majority (23) being English. At the time of writing, there are ten servers for German play, four for French, one for Spanish, and five for Russian. In the United States and Oceanic realms, all servers are in English, but players typically choose a server based on its time zone, since that helps to determine when others will also be online and available to play. 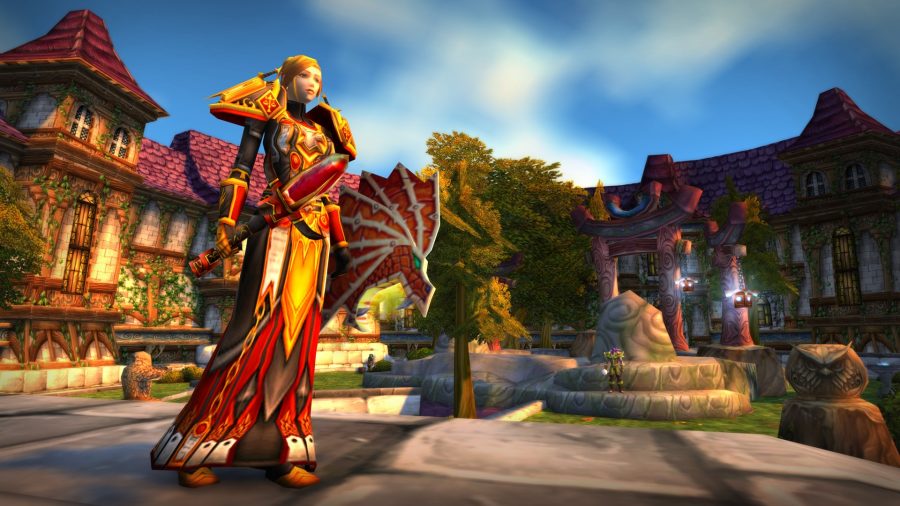 DECIDE WHETHER TO ROLEPLAY

Most servers in World of Warcraft Classic are not RP, meaning that if you want to roleplay with other players, you may, but it’s not a common activity. On roleplaying servers, players are committed to living through their characters, who typically have back stories and particular styles of speaking. Roleplaying activities, including ongoing mutual story creation and large-scale events, are common. Your name must be in character, meaning that other players can successfully report you if you name yourself something that breaks the immersion of the game. They can do the same if you post out of character in chat in certain channels.

Other worlds await: The best MMOs around

You may be wanting to know the Alliance to Horde ratio on WoW Classic servers; however due to the lack of a character API this data isn’t readily available. There is some information available on a site called Ironforge, but the data isn’t guaranteed to be accurate; however, we’ve included ratio information where there’s a severe imbalance, so you can choose your server appropriately. 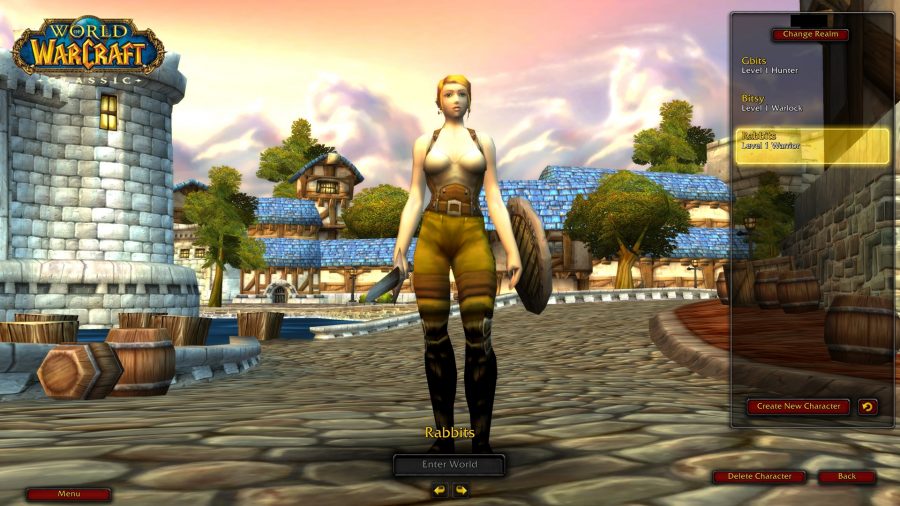 These ten English-language PvP servers, including new ones created after launch, are currently the most populated, with Firemaw reading as Full and the rest at High. Shazzrah and Golemagg were home to several streamers and their respective entourages at launch, but now the hype has died down a little, they’re not as impacted by the occasional Twitch star turning up. The PvP servers are generally balanced by faction, tending to favour Horde. Shazzrah has a strong Horde presence, as does Nogenfogger and Gandling. Earthshaker, however, has a healthy Alliance population.

These servers are currently at Medium population, which is reasonable enough – they’re not likely to grow, though, so if you’re looking for a smaller community these are a good choice. They’re largely well balanced faction wise, apart from Flamelash which is almost entirely Horde dominated, and Skullflame which is ⅔ Horde as well.

These servers are Low in population and so we would discourage rolling there.

One of two roleplaying (RP) servers in the EU, both of which use English as a primary language. If you’re not interested in player-versus-player combat, this is the RP server for you. It’s showing Medium population, and favours the Alliance side.

The other roleplaying server, also using English, but allowing for PvP combat. This is your only option if you want an RP-PvP server in the EU. The population is showing as High, so there will be plenty of other players to roleplay with and/or attack.

These three German-language PvE servers are currently showing High population. Everlook has a strong Alliance bias, and a very healthy population, but the other two are more balanced.

These German PvP servers are all High population – Venoxis in particular. Venoxis is pretty well balanced between Horde and Alliance, but Patchwerk and Dragon’s Call favour Horde heavily.

These are the smaller German PvP servers, with a Medium population currently. Heartstriker has a large Alliance majority, whereas Lucifron is almost entirely overrun by Horde. Transcendence is the smallest of the three.

The only German RP server, Celebras’ population is reading as Low right now – which might be good for creating an RP community, but equally you might struggle to find players to raid with.

Mandokir is the only Spanish server; it’s a PvP server with Medium population and a slight Horde inclination.

These are both High population French PvP servers – Sulfuron in particular has a large player base.

Finkle is the smallest French server, with Medium population. However, you do get to tell people you play on a server called Finkle.

Auberdine is the French PvE server, with a High population and a slight Alliance leaning.

The only Russian PvE server, with a Medium population. Draw what conclusions you will about the ferocity of Russian players.

This Russian PvP server has a High population and seems to be broadly balanced.

These Russian PvP servers have lower populations, particularly Harbinger of Doom which reads Low. The Doom they refer to may be loneliness. 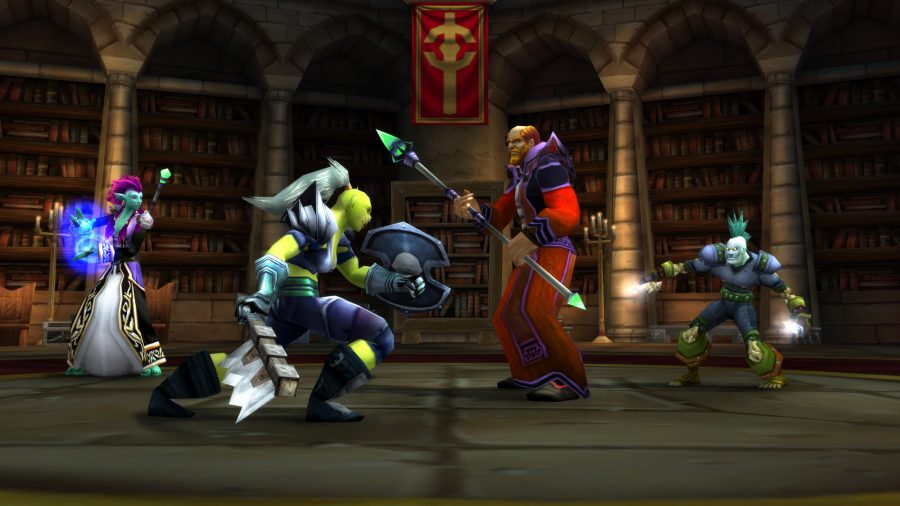 Incendius is a PvP server that is reading totally Full at the time of writing, possibly due to a large number of recent transfers. It’s got a healthy faction balance, making it a desirable destination for PvP.

All these EST PvP servers are reading as High at the moment, so are safe bets in terms of a healthy population. They’re all Horde favoured to differing degrees, apart from Benediction which is more balanced.

These PvP servers are all at Medium population. Earthfury has a strong Alliance presence, and Heartseeker is almost entirely Alliance favoured. The rest are strongly Horde, particularly Stalagg, which has almost no Alliance presence whatsoever.

These are the High population EST PvE servers; Mankrik is where the Horde kids hang out, and Pagle and Westfall are strong Alliance territory.

The population on these PvE servers reads as Medium; they both slightly favour Alliance.

These are the roleplay servers – Deviate Delight is also a PvP server. Both these servers are at Medium population and are home to predominantly Alliance roleplayers.

These are your options for High population PvP servers in the PST time zone. They’re all leaning towards Horde in terms of faction balance.

Currently reading as Medium population servers, these PvP servers are also Horde favoured, apart from Arcanite Reaper – but that one’s on the small side of medium.

The RP PvP server Grobbulus enjoys a High population and healthy faction balance. If you’re looking for a busy PvP server on the west coast, give Grobbulus a try – don’t be put off by the RP aspect (but please do respect their creative efforts).

These PvP servers are both Low population and were created for Brazil and Mexico, respectively.

And there you have it, our picks for the best WoW Classic servers. From roleplayers to PvP combatants, we’ve tried to include something for everyone. This list is by no means exhaustive, but we hope it gets you off to a good start.