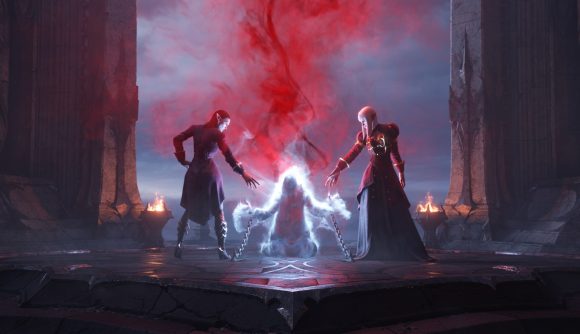 Blizzard Entertainment has made a slew of changes to World of Warcraft‘s new Torghast dungeon in response to criticism from fans. The new endgame activity was introduced alongside Shadowlands last month, but came in for some stick recently after a weekly update added new levels that were too lengthy and difficult for fans to tackle.

“Since the launch of Shadowlands, we’ve been constantly evaluating and reacting to the player experience in Torghast, Tower of the Damned,” community manager Kaivax writes on the game’s forums. “In previous weeks, we’ve made surgical changes to address pain points. This week, with the opening of a much more difficult section of the tower, we’ve seen a great deal of feedback from players that we feel is best addressed with a whole slate of updates.”

The community manager goes on to explain that the team wants to “reduce the length of a Torghast run, increase players’ success rates for a few specialisations that are struggling more than the others, and give players more options in dealing with the challenges that Torghast presents”. To achieve those goals, the developer has introduced a slew of changes to enemies’ health and damage output.

You’ll also find that your major class cooldowns will now reset when you make it to a new floor, which proves handy. If you’d like to see all the changes for yourself, you can check out the full list on the forums. Most of the changes are already live, but Kaivax does mention that more could go live today (December 18).

If you’ve been out of the loop, Torghast is the sanctuary of Shadowlands’ big bad. It’s also the home of The Jailer, another wrong ‘un who tortures souls and turns them into weapons and armour. We’ve all probably tortured souls, in a manner of speaking, for loot ourselves, but never mind that.

If you’re looking for help elsewhere in Blizzard’s latest expansion, we’ve thrown together some WoW Shadowlands leveling and WoW Shadowlands Covenant guides for your perusal.