As you level through the new WoW expansion, you will visit four zones of the afterlife. At 60, you’ll choose the one you want to ally with long-term. All players will take the same path to level in Shadowlands, so some quest areas are likely to get quite sticky. If you’re not trying to speed level, consider taking those moments to do a side quest area instead, then return to see if things have improved.

Fair warning: There may be some clogs and hiccups as the first major wave of players move through. Patience, in a new Warcraft expansion, is always a virtue. Here, where everyone will be questing together in the same areas, it’s all but guaranteed to be required, even with Blizzard’s sharding technology to split players into multiple copies of the game world.

The fastest solo and small-group levelers will hit 60 in five to six hours, but they’ll also be the players who have already practiced their leveling runs. Ordinary players-in-a-hurry will take nine hours or so, and people who like to read quest text and complete every side area will likely want to set aside a few evenings of gaming to finish it all.

The opening quest for Shadowlands begins automatically at release, taking you to your faction’s capital city. You’ll see a bit of dialogue, then be taken to Icecrown, where you’ll start the process that transports you into the Maw. You’re not going to have a rested area, vendors, or the like for all of the Maw preamble, so if you don’t have a vendor mount or need to fix your talents, War Mode, etc, do it before you go.

In all areas but the Maw, you have campaign quests (shown at the top of your quest tracker in a separate section on screen) and side quests. In some zones, you need to complete side areas in order to progress; in others, you can safely skip them. 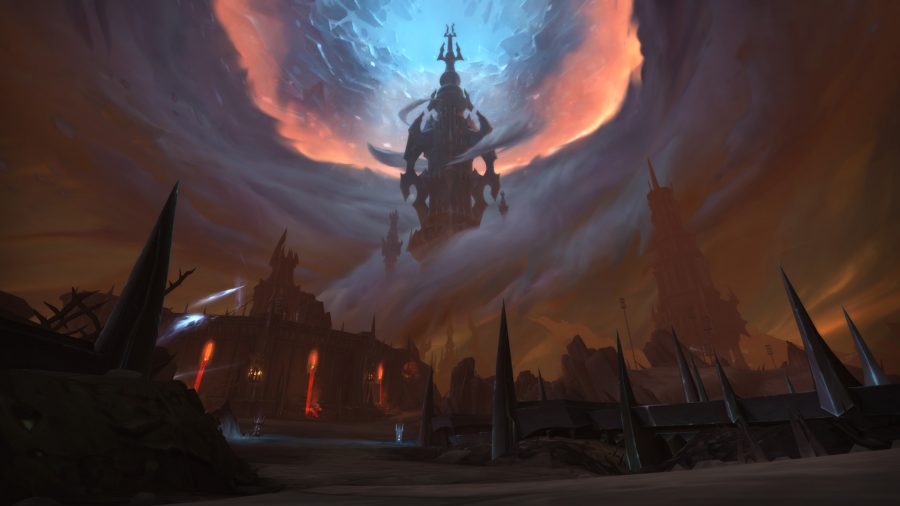 The Maw can be a painful place to quest, particularly when there are lots of people questing with you. Mob spawns do ramp up quickly when people are killing them, but the monsters here also hit very hard, so getting surprise respawns can be both a blessing and a curse. Without too much interference or getting lost, the Maw takes a half hour to 45 minutes to complete, and should get you close to level 51.

You can’t mount up here, so you’ll want to pack Goblin Gliders and speed potions to help with the longest runs. Fortunately, thanks to Blizzard’s new quest UI, you’ll know exactly which steps are going to require lots of hoofing it and would be good candidates for a speed boost.

There are several long escort quests in this zone, and it’s important to note that the NPCs you’re traveling with will frequently stop to fight monsters on the way, particularly if you’re attacked first. Be careful not to get too far ahead of your escort target, or they’ll poof and you have to start over.

After the final escort quest, there’s an onslaught that marks the end of the zone. It’s very important if you’re in a group that the person who initially talked with the NPC to start the escort, waits until the others have turned in their quests and accepts the next one, after the escort is over. Then that person should complete their quests, accept the new one and touch the Waystone. This way, all of you will be transported into the onslaught together. 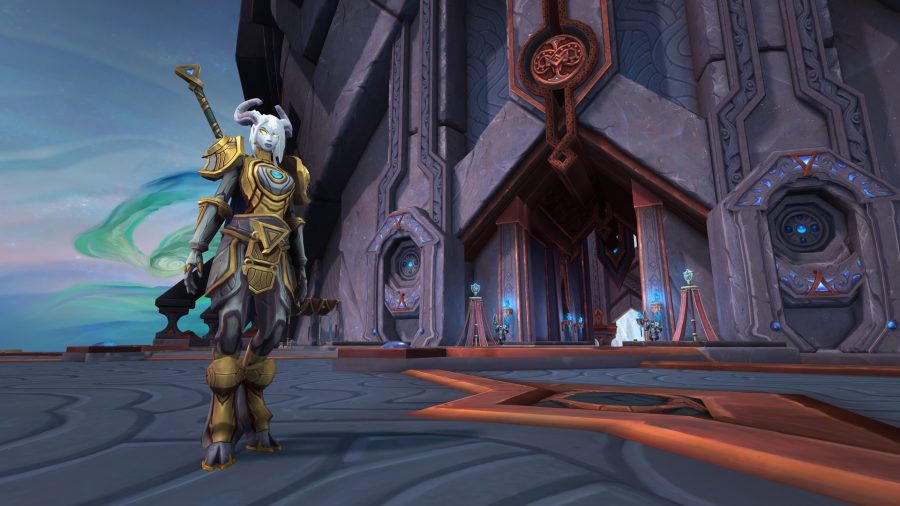 You’ll go to Oribos, the new hub city, after leaving the Maw. You’ll have some housekeeping quests to do here, visiting the bank and the innkeeper and whatnot, and a metric ton of dialog to work your way through. Pretty much any time you see a quest objective start with the word “Listen,” you’re safe grabbing a glass or water or a bathroom break, if you don’t want to follow the exchange. If you haven’t heard any of the dialog before, these conversations serve to set up the whole Shadowlands story, so we don’t advise ignoring them. 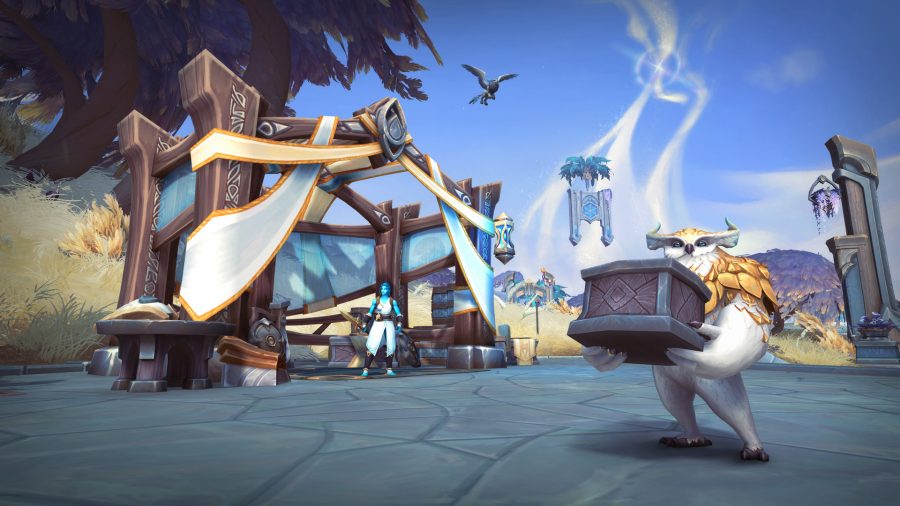 The first zone you’ll be sent to after Oribos is Bastion, home of the Kyrian Covenant, one of four potential Covenants you can choose to align yourself with when you hit 60. Like all four zones, you’ll have the use of both the general faction ability (in this case, summoning a Steward who can help you) and your class-specific faction ability for nearly the entire time you quest here, which may aid in your decision of which WoW Shadowlands Covenant to choose.

Bastion is gorgeous, angelic, and filled with shiny creatures. A side quest line here, which starts with collecting toys for a winged cat, gives you a beautiful new mount, and is worth doing. You’ll have to do at least some side questing to make the level requirement of 53 to leave the zone.

Your quests will crisscross the zone several times, so hearth at the first small town you see after leaving the introductory area. You can use your Dalaran hearthstone, Stormwind/Orgrimmar teleport cloaks or other teleport items to get back to Oribos when you need to; A new portal to the hub will be open next to the Boralus/Dazar’alor portal in your capital city after you complete the Oribos quests.

It’s worth noting that because of the need to return to earlier areas several times and the compact questing zones, having War Mode on in Bastion can be a challenge — or a glorious opportunity to engage with the other faction, depending on your point of view. 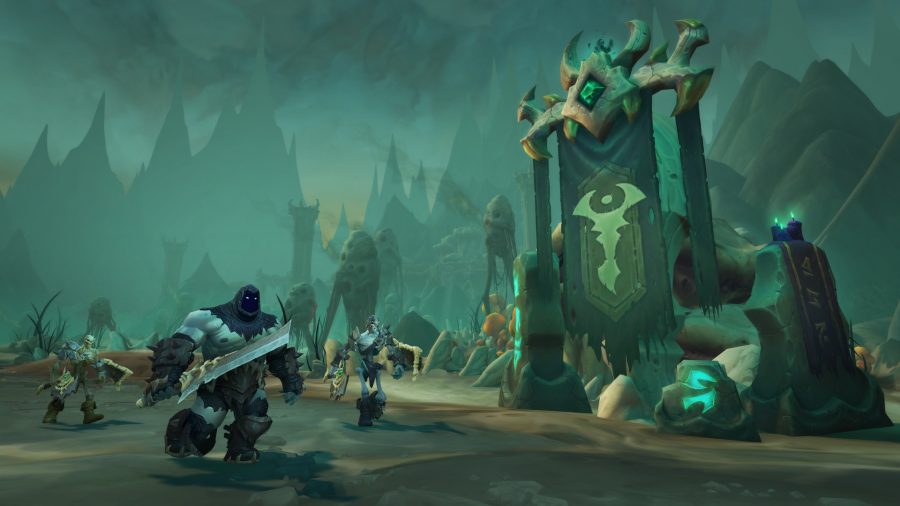 Maldraxxus, home to the Necrolords faction, is an undead paradise for those that like skulls and spikes. It’s also hilly, making Goblin Gliders especially useful here. Goblin Rocket Shoes, which don’t work in the Maw, do work in other zones, and they’re particularly welcome in Maldraxxus.

In this area, set your hearth to the innkeeper near the centrally-located Arena for easiest in-zone travel. Unlike Bastion, very little side questing is required in Maldraxxus; in a half-dozen times of leveling through, I was never actually gated and unable to proceed to Ardenweald. 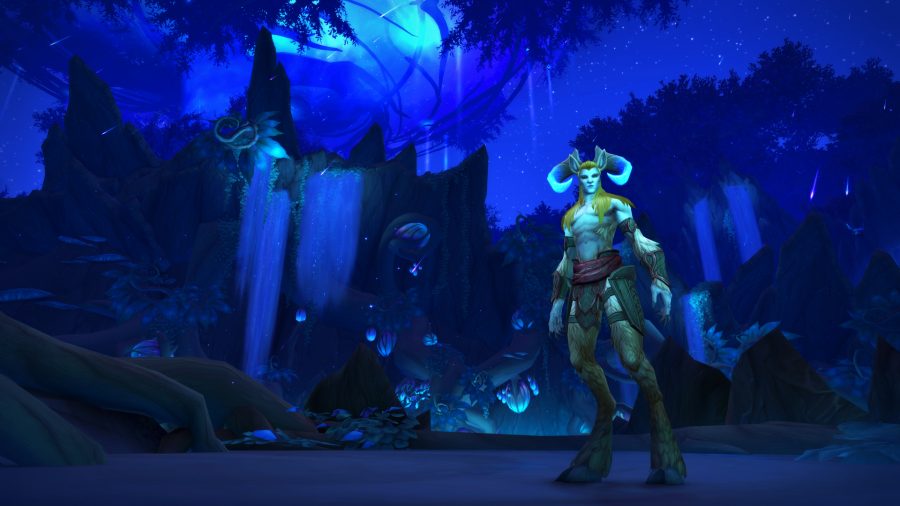 Ardenweald is as lush and gorgeous as Maldraxxus is stark and desolate. Unlike the last zone, you’re going to want to do a pile of side questing here. There are many packed quest hubs, making leveling efficient, and you may need to do almost all of the side quest areas to meet the required level of 58 to move on to Revendreth if you’re in a group.

If you see a big blue bear, you’re in the right place to set your hearthstone. Definitely read the quest dialog here; a huge amount of subtle (and not so subtle) humor gets packed into Ardenweald, and if you click through, you’ll miss it. 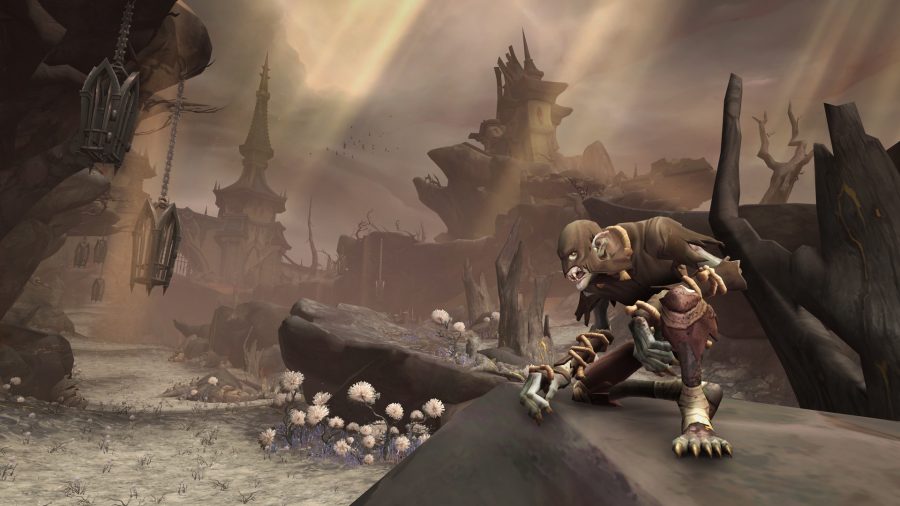 Revendreth is the dusky, wooded home of the vampire-like Venthyr. The architecture here is gorgeous, all soaring stone spires to match the gargoyle NPCs, with a whole lot of blood-spray red and dull-stone grey.

Your goal here should be to concentrate on finishing the main questline; depending on whether you’re in a group, you may find that alone it is enough to take you from 58 to 60. If you find yourself confronted with a silver exclamation mark (!) – indicating you need to level up to progress – side areas are plentiful. At this point, the leveling crowds may spread out a bit, but competition in Venthyr side areas is still fairly annoying due to low monster density, so be prepared to fight for taps.

This is another area where it can feel like it takes forever to get places, and with those tall towers, there are a lot of locations where you’ll want to jump off to speed things along. That makes Goblin Gliders almost required equipment for this zone if you can’t immune fall damage.

Pay close attention to quest rewards here; even mythic raiders (who can safely ignore the equipment in other zones) will find there is an upgrade or two among the gear offered after some quests. You’ll want them, because characters feel like weak kittens at this point, and Venthyr mobs hit HARD.

Revendreth marks the end of your leveling journey; after the final quests here, you will return to Oribos to pick a Covenant and begin end game play.

Congratulations on your ascension to 60 in the Shadowlands afterlife! For other guides, check out how to get this gorgeous WoW Shadowlands Sinrunner Blanchy mount, as well as how to craft legendary items in WoW Shadowlands.