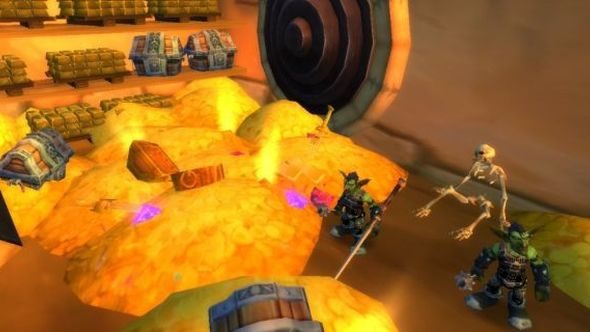 Pre-orders for World of Warcraft’s upcoming expansion Battle for Azeroth went live yesterday ahead of its release later this year. However, due a third party error, many players found they were unable to access the pre-order while others were charged the cost without their order going through.

As with all WoW expansions, Blizzard was hit with an influx of players looking to purchase Battle of Azeroth when pre-orders went live yesterday. However, for those who were able to access the BattleNet store, things were not much better.

Many players, including this very angry fellow, purchased the expansion only to find it had not been activated on their account and the purchase did not go through.

“We’ve an identified an issue with our third party payment processor which is preventing purchases for Battle for Azeroth and other products. While no work around is available at this time we are working with them to resolve the issue as soon as possible.”

What Blizzard say you should do

During the height of the problem, Blizzard support advised players to stop making purchases until the problem had been rectified. Which it now has.

What if you made a purchase, or several, already? Blizzard’s customer service has advised you will get your money back, but it may take several days unfortunately.

“Some of you may be seeing multiple charges on your account,” said Blizzard customer service on the WoW forums. “Whenever a purchase is attempted in our Shop or in-game, our system sends a message to the credit card provider to verify that the funds are available. The financial institution will then set this money aside in a pending status to allow us to withdraw it, and record this on your bank statement for your information: these are known as Funds Held or Pending Charges.

“If, for any reason, the purchase does not complete successfully (the payment fails or is declined), these reserved funds are released by your bank and credited back into your bank account balance. That is why you see multiple charges.

“Please note: Due to increased volume, players may experience a delay in character services such as level boosts, race change etc. being processed.

“We apologise for any inconvenience or distress this has caused.”

If your pre-order isn’t pending or queued on your orders, then it has failed and will need to be re-purchased.