New to World of Warcraft and need to brush up on WoW Classic Professions? Professions in the original vanilla World of Warcraft were expensive, time-consuming and in some cases, not terribly rewarding. That didn’t stop us from doing them, however, and they’ll be popular once Classic WoW players get out of the busy starting zones.

In all cases, we don’t recommend that you pick up Classic WoW Professions, particularly crafting Professions, until maximum level. It is dramatically easier to find and afford materials at max level, particularly if you save what you get along the way.

Which WoW Classic Professions you choose will depend upon your in-game priorities. Some are best at making you gold, which is much scarcer in Classic WoW servers than it is on Live servers. Some are best at helping you out as you level up, and might be a higher priority if you plan to take your sweet time getting to the maximum level of 60. Other Professions don’t make exciting gear, but do make items that virtually every player uses from day to day. And one notable Profession exists mostly to make you laugh. So, which are the best Classic WoW Professions?

While many Classic WoW Professions in vanilla can make you gold by turning less expensive materials into more expensive things you can auction or sell off, the biggest source of gold is other players, and the things they typically need most are materials to make other things.

Gathering Professions such as herbing or mining can be lucrative at lower levels, but they’re also very time-consuming, so skip them if you want to speed your WoW leveling path to 60, as mining and herbing don’t give experience. If gold is your priority, collect everything you pass and sell it immediately. Materials are worth more in the early days of the game, when everyone is leveling Professions and wants your herbs and bars – don’t forget to smelt that ore – than at the end, when more players are flooding the market.

Given how difficult gold is to come by in Classic, this is a solid strategy for affording all of your maximum level skills and your mounts at level 40 and 60, which in turn makes mining and herbing easier. 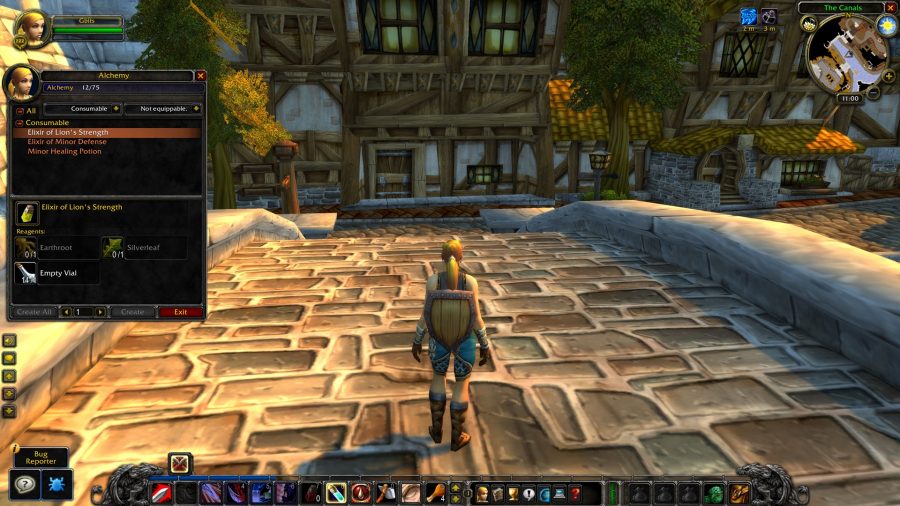 The gear you can make as a tailor, blacksmith, or through leatherworking can provide you with solid upgrades as you level up. Combined with the appropriate gathering Profession – mining for blacksmithing and skinning for leatherworking – this can be a very efficient way to keep parts of your gear that lag behind up to date, speeding up your leveling, and getting you ready to pursue max-level gameplay.

Unfortunately, once you hit maximum level, your opportunities to get upgrades from these Professions drastically drop off, particularly if you’re doing large-group raid instances. Some specialty items are crafted from raiding materials, but even those are rarely the best items you can equip overall.

The exceptions are resistance gear (frost resist, nature resist, etc.) which are required for some high-end raid instances. Those pieces typically require items from those raids to craft, which perhaps doesn’t make a lot of sense, but they are worth crafting. They bind on equip, so you can also purchase them from the WoW Classic Auction House or have a friend make them for you.

More guides to wow you:

Utility items are a lot less frequent in Classic WoW than they are on Live servers, so while each of the three armour crafting Professions can make something useful, it’s typically one thing. Leatherworking can make armour kits, for example, which add armour or stamina to a piece of gear. These are also bind on equip.

Don’t forget that transmogrification does not exist in Classic, so if you want the appearance of a particular piece of gear, you’ll actually have to wear it (and the game doesn’t have pre-saved sets built in, either, so that can get exciting to juggle).

BEST Classic WoW Profession FOR EVERYDAY USE: ALCHEMY (AND TO A LESSER DEGREE, ENCHANTING)

The enchanting Profession provides players with plenty of uses, since virtually every gear slot can be enchanted. Enchanters can take a separate unrelated Profession, such as mining or herbing, or a primary crafting Profession, since enchanting uses the materials created by breaking down green, blue, and (rarely) epic-quality drops.

But its disadvantage is that players will use that Profession less and less as they reach the maximum levels of gear, since they will be replacing armor less often and therefore replacing enchants less frequently. As a result, after peaking early, prices for all but the most difficult enchants tend to drop in the Auction House, as more enchanters level up and fewer people need fewer enchants. This makes enchanting the lesser of the two consumable tradeskills in our eyes.

Alchemy, in contrast, never slows down. Players at all levels use basic alchemy consumables such as health and mana potions, and at maximum level, that usage speeds up. Raids typically require the use of flasks or elixirs and potions, which can get expensive if you have to pay someone else to make them for you.

Pair alchemy with herbing so you don’t have to pay Auction House prices for herbs; otherwise, plan on making more than you need and selling them whenever the herb market dips below the price of finished potions and elixirs. 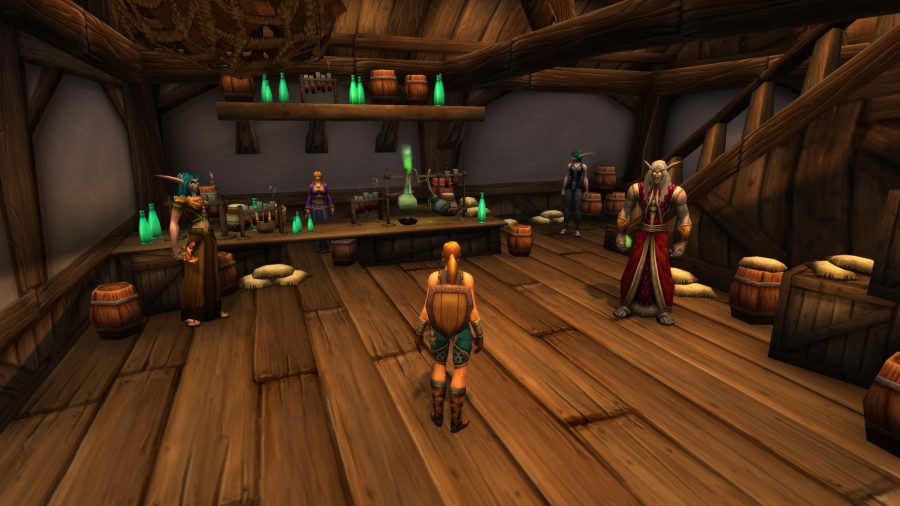 Blizzard has attempted to make engineering a more serious Profession in later expansions, giving engineers useful schematics for pieces of gear (something along the lines of the select items that tailors or blacksmiths can make) and enchantments for ranged weapons. But in vanilla WoW, engineering isn’t just about the goods; it is mostly about the laughs.

Engineers in Classic specialize in one of two flavors: goblin, which blows everything up; or gnomish, which makes things break. You must choose one to maximize your engineering, and it’s not easy to swap, so if you want both sets of recipes, you’ll need to take the Profession on two different characters. Both use ridiculous amounts of metal bars, along with other materials of all kinds thrown in, to make their wild devices, bombs, and items.

In terms of actual, practical uses for engineering, there are a few. Low-level PvP players will appreciate Arcane Bombs, which do damage and silence everyone in a given area. Engineers make the best ammunition for hunters, who slurp up those Thorium Shells and Thorium Headed Arrows by the bucketful when raiding. The Arcanite Dragonling, which summons a little baby dragon to fight for you, can be quite powerful at early stages of endgame play. And the Everlook (goblin) and Gadgetzan (gnomish) transporters can be handy to get you to the far corners of Kalimdor, especially if you don’t mind being dropped from a great height or turned into your evil twin.

But really, if you choose engineering, it won’t be for those items. It’ll be because you love trying to mind control people, or run faster until you blow up, or shoot off fireworks, or make pets, or jump off cliffs with your trusty parachute cloak – an actual, equippable cloak, not an enchant – equipped. And that may just make engineering the best WoW Classic Profession of all. Emphasis on the ‘may’.