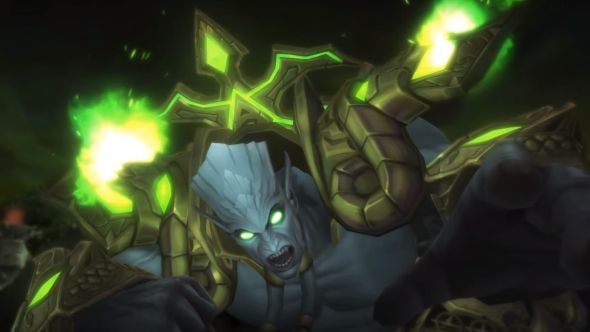 World of Warcraft’s lead game designer Ion Hazzikostas had one last surprise for fans at Gamescom over the weekend. WoW addons for the UI in the game are a huge part of playing at a competitive level, but it turned out there was a little too much hand-holding going on for Blizzard’s – and a lot of the community’s – taste. While it won’t be happening with the launch of Legion, in patch 7.1 Blizzard will be “breaking” the ability for addons to tell players where to stand or how to move in raids, dungeons and “competitive instances.”

For more on what’s coming in Legion, have a look at our dedicated guide.

If what I’ve just described sounds like cheating, that’s essentially the decision that it’s come to. Speaking on a community stream with popular PvE streamer Slootbag, Hazzikostas said that they hadn’t wanted to make the announcement until they were sure it was possible to do without affecting outdoor world addons that helped with more casual activities like exploration, treasure hunting and so on. You can see the initial announcement in this archive at the 02:55:20 mark:

The issue has come to a head in recent months due to the final boss of Warlords of Draenor’s final raid, Archimonde, having particularly exploitable mechanics. One, Wrought Chaos, created beams of energy between players, countered by a fairly simple radar and arrow system that turned what would be a complex group challenge into stand where you’re told. It’s hardly the only example, and Blizzard want to stop it.

In a follow-up Q&A stream, Hazzikostas clarified that while the complexity of mechanics had risen in accordance with addon power, all fights are still completed by internal testing teams with pretty close to the default UI. While they wouldn’t be changing design paradigms, it’s possible that tuning could be adjusted in the future – smaller mistakes being less punished as far as damage and death is concerned.

These changes will go live with patch 7.1, slated for a little after Legion’s release, with more details on the patch as a whole to follow in the next couple of weeks.

{"schema":{"page":{"content":{"headline":"World of Warcraft addons will no longer be able to tell players where to stand in raids and dungeons","type":"news","category":"world-of-warcraft"},"user":{"loginstatus":false},"game":{"publisher":"Blizzard Entertainment","genre":"MMO","title":"World of Warcraft","genres":["MMO","RPG","Subscription"]}}}}