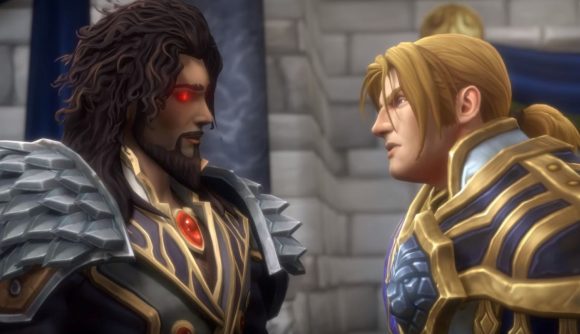 World of Warcraft patch 8.3 Visions of N’Zoth has landed – and it’s a big one. The MMORPG’s newest update follows last year’s 8.2 patch Rise of Azshara in Battle for Azeroth, and brings a raft of new content to sink your teeth into – including new Allied races, a 12 boss raid, activity (‘Assaults’), and much more. Read on for the WoW patch 8.3 highlights.

First up, the new WoW Allied races are here: Mechagnome and Vulpera. Each offering their own distinct style, traits, armour, and cool new mounts, they’re one of the highlights of the new patch. You’ll need to have the Battle for Azeroth expansion installed and gain Exalted with both races’ respective factions to unlock them, but fear not – WoWhead offers two brilliant guides on everything you’ll need to now about the new Mechagnome (Alliance) and Vulpera (Horde) Allied races.

Plus, as previously announced for World of Warcraft: Shadowlands, patch 8.3 brings the chance for all Allied races to become Death Knights – glowy eyes included. In addition, there’s a new starting scenario which sees Bolvar in the role of Lich King.

The new 12 boss raid is Ny’alotha, the Waking City. Menacing old god N’Zoth has taken control of the Black Empire’s throne and his armies are invading Azeroth. Now, the city of Ny’alotha has awakened from its long sleep – and heroes from both Alliance and Horde need to take down the ancient enemy in order to save the universe from destruction.

The 12 bosses featured include some new names and returning foes: Wrathion, Maut, The Prophet Skitra, Dark Inquisitor, Vexiona, The Hivemind, Ra-den, Shad’har the Insatiable, Drest’agath, Il’gynoth, Carapace of N’Zoth, and finally N’Zoth himself. Check out the full raid details here. 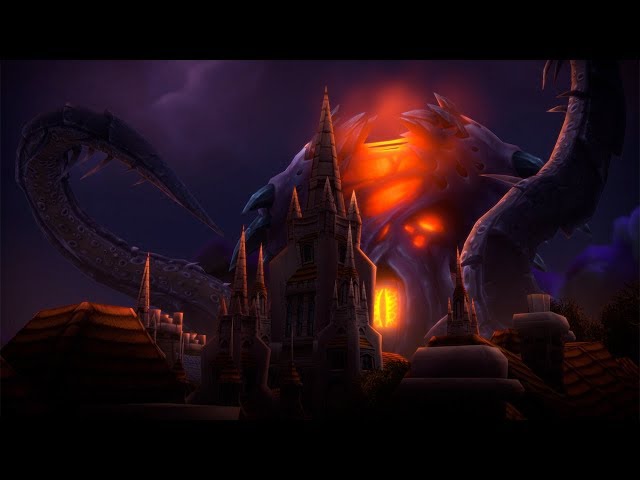 The new activity, N’Zoth Assaults, gets players battling the old god’s forces, which try to overrun key locations in the Vale of Eternal Blossoms and Uldum. The zones will be transformed significantly when under attack from the forces, with various new foes, objects you can interact with, and temporary quests to encounter. Fill the new progress bar and you’ll get the opportunity to take down the invading enemy leader.

Visions of -̴̤̤̗͓̘̖̖̖̜̊̎̈́͗̀͗̅͂̌͑̚͠N'Zoth-̷̩̹͛̃̀ introduces an entirely revamped Auction House with all-new features to make buying and selling easier than ever.

The Assaults bring two new World Bosses, too – Grand Empress Shek’zara (Vale of Eternal Blossoms) and Vuk’laz the Earthbreaker (Uldum). They’ll present a challenge but each drop ilvl 445 loot, so worth taking on.

New activity, Horrific Visions, get up to five players battling their way through a different version of Orgrimmar and Stormwind, in which N’Zoth has taken control. It’s inspired by the Death of Chromie and Mage Tower scenarios and will see you take on Corruption – a new mechanic that’ll have a pretty devastating effect on your character’s sanity, draining it away. Gulp. 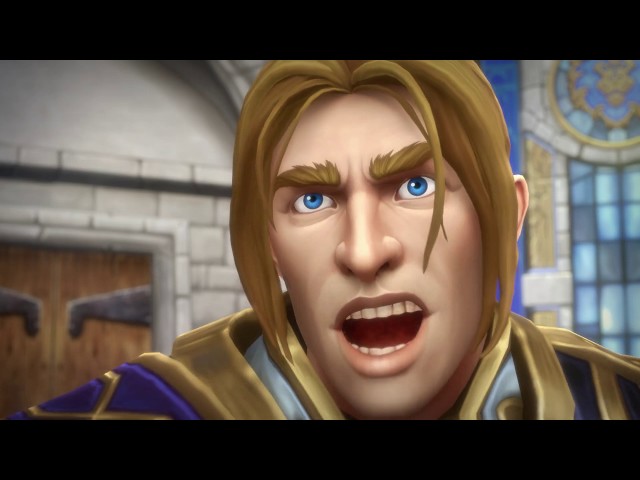 The Auction House gets some changes, meaning user experience should be easier and smoother going forward. Buying is simpler, as you can now type in a specific number of items you want to purchase and find out the total price or just see how many of each item is available at a particular price point, rather than trawl through various stacks of differing item prices. Plus, selling is similarly streamlined with a new and improved interface.

The WoW 8.3 update also brings a new Legendary Cloak, Ashjra’kamas, Shroud of Resolve, Titanic Research, Heart of Azeroth updates, as well as the new PvP and Mythic+ Season four, and more. To check out the full details on WoW patch 8.3, head to WoWhead and see what’s in-store now it’s live.