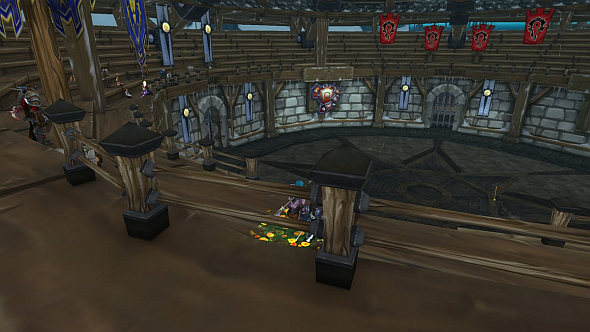 Update August 8, 2017: The Tournament of Ages seems to be working as intended after Blizzard turned off sharding in Northrend.

A satisfied World of Warcraft role-player has posted an image of dozens of players congregating around an arena for the huge community event, which had been scuppered by Blizzard’s sharding technology.

What’s the latest from Azeroth? Find out in our notes for WoW patch 7.3. 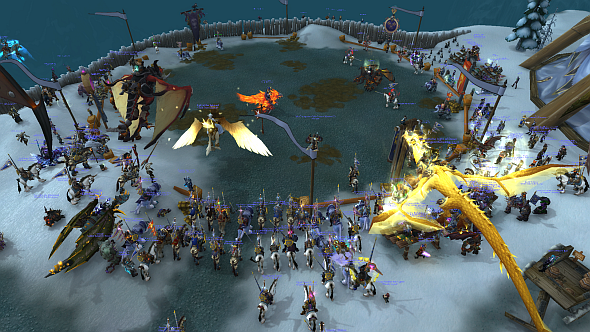 Here’s the image on Imgurin more detail. I hope the people in the arena aren’t dropping frames. To judge from the reaction on the WoW subreddit, though, it’s all good.

The most-upvoted comment comes from unoits, who simply says “Now this is what an MMO should be.” Cgrrp, responding, says “give RP servers a shot. When I switched it was like playing a whole new game. It’s like what I always wanted from an MMO.”Balfon is also impressed, saying: “This is the first time I’ve experienced anything like this and I think it’s truly amazing.”

It’s easy to get carried away after phasing (or sharding) has emptied out cities – see our original stories below for details on how and why this happened – but as TeaDrinkingRedditor points out, “there’s few things more annoying than there being hundreds [of players] crammed into the bank” and stuffing your frame rate when you’re just trying to get things done.

Update August 7, 2017:Things are looking up as the developers have listened to the community – a hotfix is disabling sharding in Northrend on all RP realms.

We have a hotfix in-flight to disable Northrend sharding on RP realms. You should start seeing its effects within an hour or two! https://t.co/xTj7DFzVf6

We might have to wait to see if this is a permanent or temporary fix to this issue, but The Tournament of Ages, things should work smoothly once again.

The Tournament of Ages is a role-playing event organised by WoW’s players. It features games, contests such as duels and races with real money prizes, and sales of special wares. Guilds from across the Moon Guard server come together to organise it, uniting Horde and Alliance. There’s even a ball – here’s the schedule.

Unfortunately, the event is being ruined by phasing – a technique commonly used in MMORPGs in which the world looks different to different characters. Among other things, WoW uses it to lighten the server load by reducing the number of player characters it has to render in one place. 40 is the size of a raid group in World of Warcraft, so there’s seldom any gameplay reason to support too many more players than this in a single phase.

But for role-players in an event as big as the Tournament of Ages, that’s nowhere near enough. Here’s a tweet from a player (who picked an interesting Twitter handle) that illustrates the problem well: several players are trying to watch a duel in the Icecrown Citadel arena, but because they’re all split into several phases, the duelists and most of their fellow spectators are invisible.

Tournament of Ages, brought to you by phasing =/ pic.twitter.com/z3BVg7uyUm

Here’s another example: the player list in this image suggests there should be dozens of visible characters, yet you can see about two in the world. There’s a horror story somewhere in this – imagine taking a date to a dance only to have them disappear into a parallel universe before your eyes. Chilling.

If this sounds like a niche issue for dedicated role-players, that’s not entirely true. As alnarra – one of the Tournament’s organisers – points out in their plea for help on Reddit, phasing has also affected the game’s major cities, where dozens of players can congregate in the course of normal gameplay. When phasing causes them to pop in and out, it can undermine the game’s community feel.

“This is why people say WoW is dead,” according to ThatDerpingGuy. “You can’t actually see anyone in-game anymore… you’re put in shards with barely anyone else in them and phases drop in and out at the briefest hint that there may be more than a handful of other people around.”

World bosses also cause dozens of players to gather, and are a possible exception to the above rule that players can be safely phased into groups of 40 or so without affecting gameplay, as helokol points out.

Phasing was supposed to be a clever solution to server problems WoW had in Wrath of the Lich King and especially in its last expansion, Warlords of Draenor, when it was rolled out on a large scale. It’s clearly had some unintended adverse effects, however, and this isn’t a new problem; last year,Blizzard said they were turning phasing offin high-traffic places on role-playing servers (mainly cities). Perhaps they should extend this to more areas for events like the Tournament of Ages.

For more on the Tournament of Ages, check thewebsite.