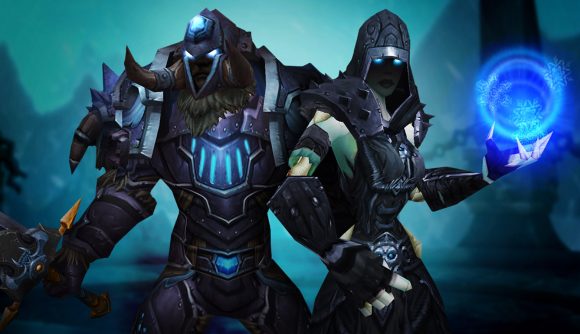 Don’t expect to see a World of Warcraft Classic Wrath of the Lich King dungeon finder when the expansion launches later this year, as Blizzard confirms that it is removing the feature. PCGamesN spoke to Blizzard about this, and was told the MMORPG game’s dungeon finder was axed because “that’s not the game we’re making”.

During the official announcement of Wrath of the Lich King Classic, lead producer Holly Longdale specifically mentioned that the team would not be including the dungeon finder feature in the re-release, as it’s “not a good fit for our community”. Dungeon finder was a feature introduced in the original expansion that automatically finds random players to do a specific dungeon and teleports them there.

The argument against this feature is that it erodes the MMO’s social aspect, as software engineer Kevin Vigue tells PCGamesN. A “large part” of what the team calls the “core of Classic” is the social aspect. “I’ve had people who I met in a random dungeon run who have become lifelong friends,” Vigue explains. “For me, that’s something that Classic excels at, and a lot of that comes from how you meet other people.”

Vigue says that the choice to remove the automatic dungeon finder was “relatively unanimous”. “Would it feel Classic to have that automated Dungeon Finder that was added in the 3.3 patch of Wrath the Lich King? We decided that’s not the game we’re making.”

The team wants to “lean into” the differences between Classic and World of Warcraft main, Vigue adds, especially the “things we need to protect as we go forward in Classic and keep adding more content to it. That’s what makes it special.”

Instead of the randomised dungeon finder, the team has “a bunch of revamps and a bunch of improvements planned for the ‘Looking for Group’ tool”.

“We want to make that tool better so that players can still find groups and find like-minded people who want to run the same content as them,” Vigue explains, “but do so in a way that feels more Classic, still has that social element, still has you travelling to the dungeon, and having conversations along the way because that’s what makes Classic distinct and special.”

PCGamesN also talked to Blizzard about the new World of Warcraft: Dragonflight expansion, including how the first raid race won’t be as “unhealthy” and how the new story isn’t as “high concept” as Shadowlands.