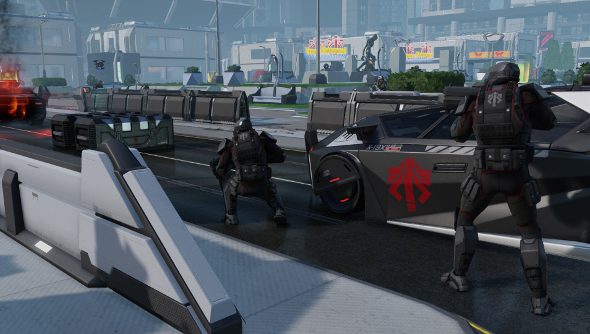 Remember those debates over the best way to enjoy XCOM: Enemy Unknown? Console or PC? Gamepad vs. mouse and keyboard? The notion that an XCOM game could even exist on a console seemed almost sacrilegious when we heard about it. Yet it all worked out… or did it?

The new XCOM is going to be PC-exclusive, which will be nice for PC gamers if it means better optimization and more options for enjoying XCOM 2. But why, exactly, have Firaxis left consoles behind when they were so important to Enemy Unknown?

IGN’s Dan Stapleton chatted with Firaxis’ Jake Solomon and Garth DeAngelis about the switch. Dan might know more about X-COM and XCOM than anyone working in games right now, so I’m glad he was able to dig into the subject.

He got some good explanations from the Firaxis team, including the fact that their ambitions for the sequel outstripped Firaxis’ ability to make them a reality across console and PC. They wanted prettier graphics, of course, but they also wanted procedurally generated maps, and that’s something that was going to push the XCOM team quite a bit.

And I can easily believe it! When I talked to the Invisible, Inc. developers for Three Moves Ahead, one of the things they struggled the most against was the need to design a procedural level generator for a stealth game. It’s damned hard to create interesting, balanced tactical spaces with procedural generation, and then add to that the need for them to tie together visually and thematically.

It also sounds, according to the IGN interview, like XCOM is being developed by a relatively small team and may not be the kind of big-budget, resource-intensive effort that Enemy Unknown was at the start. The team wants to focus on PC, they think in terms of PC, so they’re making a PC game. And then, of course, we get all that modding support.

But I also wonder whether consoles themselves aren’t a big enough market for a game like XCOM 2 right now. IGN point out that it never cracked the top 10 on consoles sales charts, and that was with two consoles that were very late in their life cycles, with millions and millions of players around the world. It was an audience worth pursuing.

At this point in the life of the PS4 and the XB1, however, I wonder if the prospects for a strategy game on two relatively young consoles just aren’t bright enough to make it worth Firaxis’ while.

Their loss is likely PC gamers’ gain… but I have to admit exclusive anything makes me a little nervous these days. Games have to grow their audiences. I hope that with a PC focus, XCOM 2 can be an even bigger success than Enemy Unknown. But I also wonder if it isn’t just a little too early to start preaching to the choir.