The grand pantheon of classic arcade driving games houses the likes of Daytona U.S.A., Pole Position, and Out Run. Now, in 2019, developer 3DClouds wants space made for Xenon Racer. A near-future speedathon set in 2030, Xenon Racer puts you in the spotless cockpits of charged-up supercars capable of producing over 1000 horsepower. It’s a game to ripple your cheeks, test your reflexes, and hopefully make you rediscover the simple pleasures of going very fast down a track.

“We surely designed Xenon with those titles in mind,” 3DClouds founder and level designer Francesco Bruschi tells us. “Our idea was to pay tribute to the old arcade racing games from the ‘90s, but we instilled a unique soul in Xenon Racer. We really loved Daytona U.S.A., Ridge Racer, and Wipeout, but Xenon Racer has its own style and is really recognisable from afar.”

That unique style Bruschi talks about is largely thanks to Unreal Engine 4. A car is only as good as its engine, and Xenon Racer’s is a monster capable of powering lush environments, shiny motors, and insane speeds. And let’s not forget the settings: there are a massive 40 tracks in total, each drawing inspiration from the world’s largest cities.

“We reimagined all the iconic cities around the globe,” Bruschi says, “starting from the biggest ones. Tokyo and Dubai are, of course, two of the most representative cities when we talk about racing, and you have a lot of freedom when designing those environments. We worked hard to keep some of the actual landmarks, and to create completely new and futuristic ones as well. You can spot several references if you pay attention during a race.” 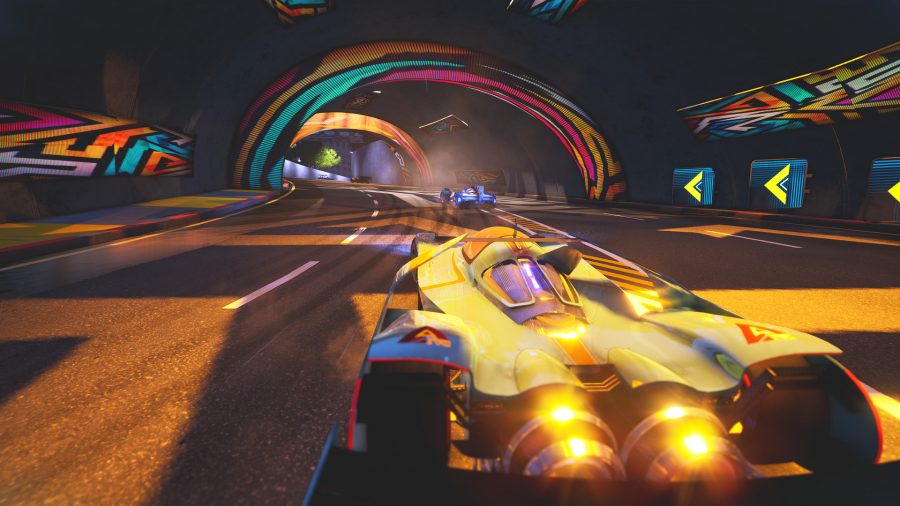 Keen eyes will spy Tokyo’s towering Skytree, the skyline-dominating Burj Khalifa, and the Eiffel Tower, all of which lend their weighty presence to proceedings. They work to ground the game in reality amid the holographic trackside adverts and glowing neon boost pads.

We built tracks to allow players to ‘dance’ through the corners

There are moments of subtlety too, like catching a glimpse of a futuristic airliner as it charts a course through the clouds, or the way evening sunlight streams through a stretch of Canadian treeline.

You’d do well to keep your sights on the road, though, given the sheer speeds you’ll reach in Xenon Racer. “It’s pure speed, but drifting is really important, too. Our gameplay focuses on rapidly chaining the turns, trying to avoid brake usage. We built tracks to allow players to ‘dance’ through the corners, following a smooth rhythm and keeping up the tempo. In this way you can basically run at 400 km/h during the race, gaining speed during straight stretches, and maintaining it with the drift.” Drifting isn’t just for showing off, either – since successful drifts refill your boost meter, it really is central to the game. 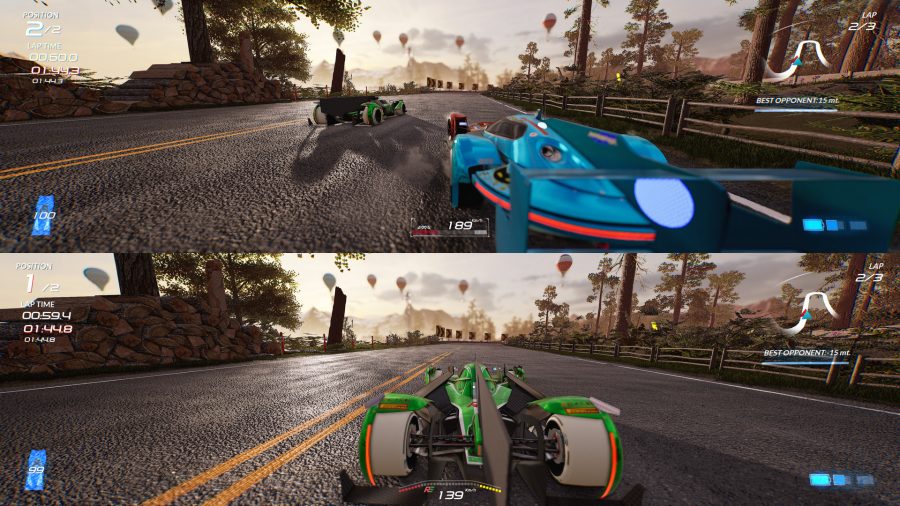 You’ll get the chance to master your skills in the main championship mode. Here, a steady stream of fresh courses, liveries, and car parts keep you coming back for more. We’re not talking a few stickers and a lick of paint, but a fully detailed customisation system that radically transforms both looks and handling.

You can modify spoilers, tyres, front and rear wings – basically, everything you’d want to look like a pack leader. In this way, you can alter your vehicle depending on the mode, whether it’s time attack, elimination, or player online races.

A straightforward arcade experience Xenon Racer may be, but it’s far from trivial. “Xenon Racer is not for everyone,” Bruschi says. “We know that, and we didn’t want to create something for mass market, with simplified gameplay. We decided to please the old-school gamers with something unique that needs time to be mastered. After you understand how the drift works you will have great fun. Achieve that and you’ll discover the true spirit of this game.”

Get in gear: Check out our list of the best racing games on PC

In this sponsored series, we’re looking at how game developers are taking advantage of Unreal Engine 4 to create a new generation of PC games. With thanks to Epic Games and 3DClouds.