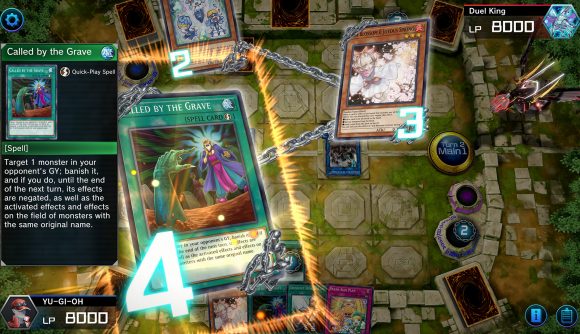 Yu-Gi-Oh: Master Duel has been burning up the Steam charts since its launch just under three weeks ago, and with full cross-play and cross-progression supported across a massive array of platforms – now including iOS and Android – a whole lot of people are deciding that it is, indeed, time to duel. Publisher Konami has just announced a massive player milestone, and an incentive to keep everyone coming back.

Master Duel has reached a total of 10 million downloads across all platforms since its launch on January 19. It’s daily concurrent player peaks on Steam have dropped a fair bit from release day – the latest daily peak was 153,142 concurrent players, down from 262,689 shortly after launch – but it remains cemented in Steam’s top ten, regularly trading spaces with the likes of Grand Theft Auto V.

In celebration (by which I mean an obvious but appreciated attempt to give players an incentive to keep coming back), the devs are offering 1000 free gems as an added log-in bonus. That’s around $20 USD worth of in-game currency.