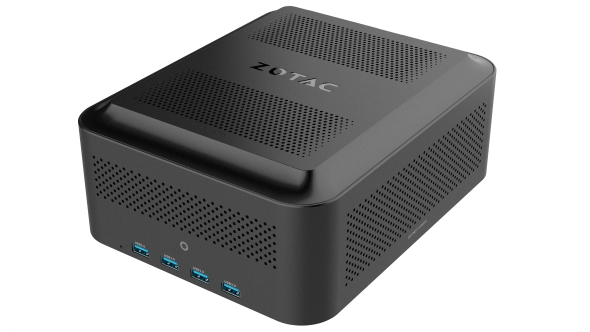 After years of false dawns external GPU enclosures are finally a reality, but because of their premium positioning they’re about as niche as a left-handed trackball. That’s about to change as Zotac are about to start shipping their new affordable external graphics card enclosure at the end of the month.

You’re going to want one of the best gaming monitors to plumb your new gaming setup into.

While not exactly the most innovative device the $200-odd new Amp Box Mini will bring mainstream gaming power to any Thunderbolt 3 laptop for less than any other graphics card box around.

Ever since I’ve been covering PC hardware the promise of being able to plug a serious graphics card into your weakheart, non-gaming laptop has been dangled like a badly rendered carrot in front of our eyes. It’s only been recently, however, that actual enclosures have been designed that are simple to use and don’t waste half the GPU with ropey interconnects.

Unfortunately they’ve become almost exclusively premium priced products – pricing most of us out of the market – being crammed full of extra features, large power supplies, and housed in enormous chassis. The new Amp Box Mini, however, is a diminutive enclosure with a USB hub and space for a dual-slot, small form factor GPU. 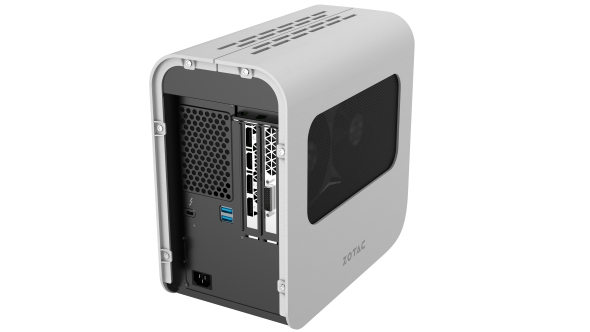 The trade off is the fact that it only contains a PSU that has a power limit which means you’re not going to be able to fit anything beyond a GTX 1060 inside it. But it does mean you can turn your non-gaming laptop into a powerful 1080p rig without having to fork out the same amount of cash you’ve already dropped on your notebook.

Zotac are also shipping a standard Amp Box, a larger enclosure that’s capable of powering up to a GTX 1080 Ti in a rather fetching chassis, but it does cost around twice that of the Amp Box Mini. 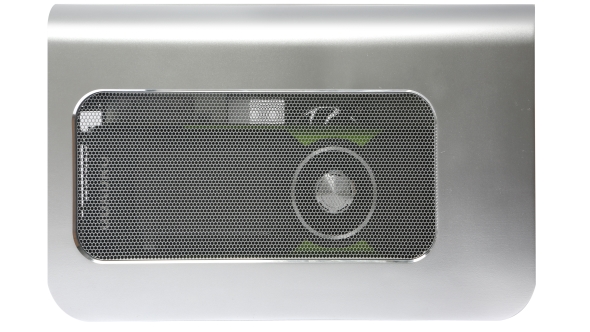 There is also an even bigger box, that doesn’t yet have a name, which is designed to house 12-inch GPUs. I’m going to suggest the Amp Box Footlong and see how that sticks.