When Nvidia released the RTX 2080 Ti it was hard to get our heads around the price the company was asking for its top-end GeForce gaming graphics card. With an overclocked Founders Edition SKU coming out at launch with a $1,200 price tag that seems like an offensive amount of money to be asking for a gaming-focused GPU. But then it’s not really a graphics card for us gamers, it’s this generation’s Titan. An ultra-enthusiast, epic-class GPU for the minority of people desperate for performance at all costs.

Doubling down on that finite market comes Zotac’s own overclocked version of the the top Turing GPU, the Zotac RTX 2080 Ti AMP. We were promised that we’d see some reference-clocked versions appear around the more reasonable – though still thoroughly unreasonable – $999 MSRP. But what the hell, Zotac has released an RTX 2080 Ti with a similar price tag to the Founders Card, and with performance to make it blush.

Now it doesn’t totally embarrass Nvidia’s own version, but the extra clock speed boost the Zotac GPU has been given allows its AMP edition card to come out on top across the board, and its superior chip chiller means it does it all a whole lot cooler too.

The Zotac RTX 2080 Ti AMP manages to do this by virtue of its factory overclock and triple-fan design. Now, if you look simply at the relative boost clocks of the Nvidia Founders Edition and this Zotac AMP Edition you might wonder at how such a small increase can have that much of an effect, it is after all only rated some 30MHz quicker. But once you get them both gaming you can quickly see where the real difference is. 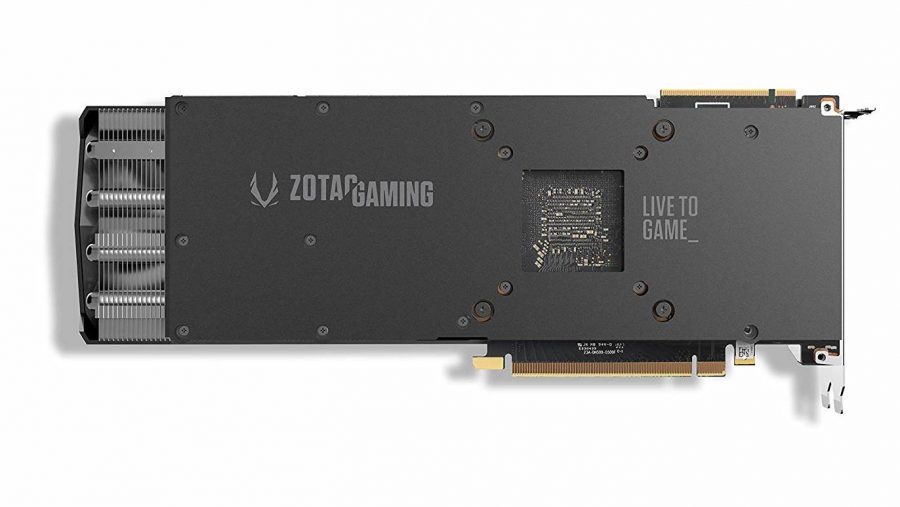 At full gaming load the Founders Edition RTX 2080 Ti is only able to run its TU102 GPU at up to 1,755MHz, which is still far quicker than the rated 1,635MHz it comes listed as. But while the Zotac AMP version has a 1,665MHz rating for its own boost clock, it manages to push its GPU up to 1,890MHz. That’s where the extra gaming performance comes from, and is mostly down to the extra cooling power baked into the Zotac design.

The rest of the Zotac card’s make up is essentially the same as the Nvidia Founders Edition. That means the same TU102 GPU, with 4,352 CUDA cores across its 68 Turing SMs, and 11GB of new GDDR6 video memory. And, compared with the Founders Edition RTX 2080 Ti it might not fall over so much…

Inside that Turing graphics silicon is also all the RTX goodness that we have yet to find a genuine use for out in the wild. At the start of this generation all the talk was about the real-time ray tracing potential of the new GPUs, as well as the performance-enhancing AI power baked into the graphics cards. The 544 Tensor Cores in the RTX 2080 Ti have been designed specifically for the AI side while the 68 RT Cores are all about real-time ray tracing. Unfortunately they’re all a bit redundant until Microsoft gets around to properly releasing its Windows 10 October Update.

By the way, guys, it’s November… 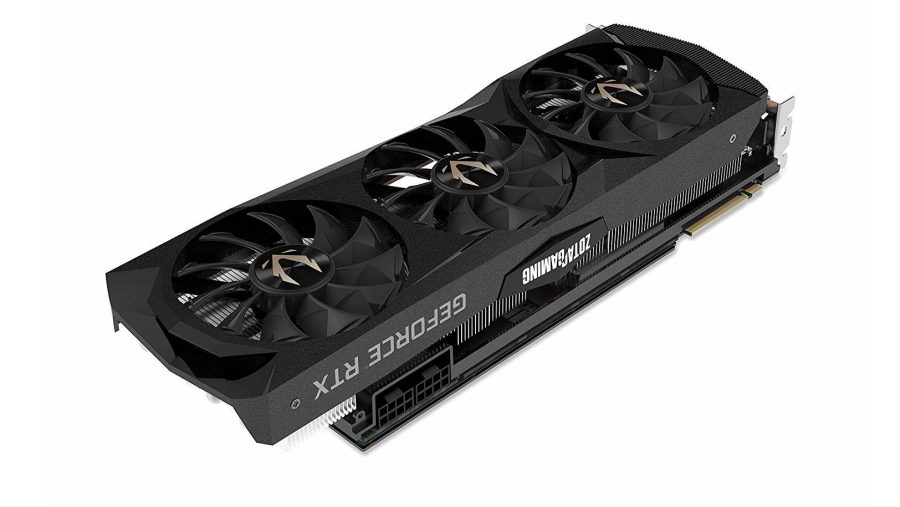 None of that is Nvidia’s fault but we were hoping to at least have the ray traced shadows of Shadow of the Tomb Raider to enjoy, and some extra Final Fantasy XV DLSS performance by now. But as it is the only way we can talk about the performance of this, the first generation of genuinely ray tracing capable graphics cards, is how they perform in traditional rasterized workloads.

Thankfully, on that score, the RTX 2080 Ti is an undisputed monster. The RTX 2080 is, as of right now, a little harder to get excited about, but especially with the Zotac RTX 2080 Ti AMP the gaming performance we’re seeing from the top-end Nvidia Turing GPU is unprecedented from a single graphics card.

For practically every game on our benchmarking list the Zotac card can deliver 60fps or more at the highest 4K game settings. Except Deus Ex: Mankind Divided, because that’s an impossibly harsh mistress. And across the board the Zotac RTX 2080 Ti is pulling ahead of the Nvidia Founders Edition.

But, despite the fact that its GPU clock speed is so far ahead of the Nvidia version, there is only ever a few frames per second in it. That doesn’t really change when you move down the resolution ladder either – the extra ~150MHz doesn’t really net you that much in the grand scheme of things.

Where the Zotac RTX 2080 Ti card does show a real performance win compared with Nvidia’s own card, however, is in the GPU cooler the two designs use. The Founders Edition might look very cool, but under peak loads the twin-fan chip chiller maxes out at 79°C, and goes up to 88°C when you push it anywhere near the clock speed of the Zotac card. That, in turn, never goes above 65°C even when it’s overclocked further than it;s out-of-the-box pace. 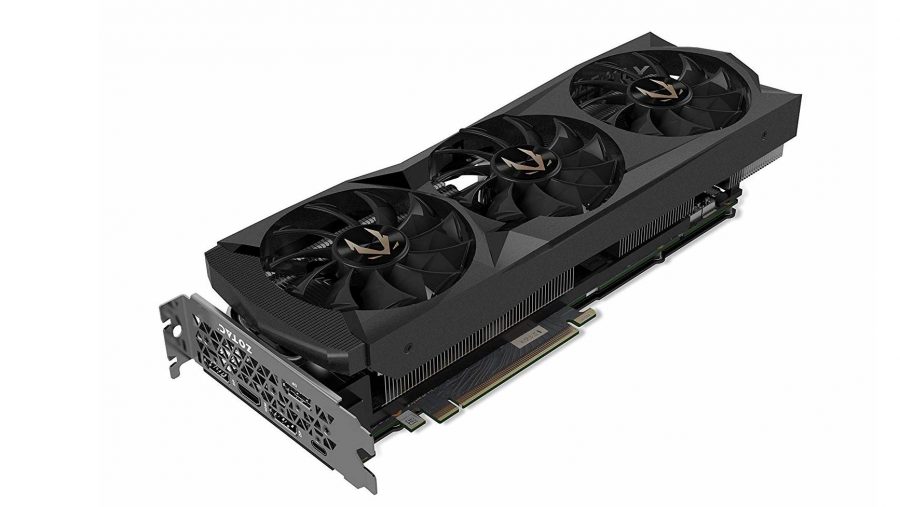 That’s the benefit of the triple-fan cooler… unfortunately, while it is a mighty impressive performer, it’s not much of a looker. The Founders Edition looks great; all wide-eyed fans and brushed metal plating, but the Zotac card looks like a rather basic thing in comparison. But do you want style over substance or a graphics card that’s actually capable of delivering performance without breaking a sweat?

I’ll take the performance every time, but it’s still a shame that this $1,360 (£1,224) graphics card doesn’t really have a particularly luxurious aesthetic. Even so it does have the gaming skills, and ray tracing potential, to make it the most powerful graphics card we’ve ever run through our test rig, just not the prettiest.

A fantastically powerful graphics card, and the fastest version of the RTX 2080 Ti we’ve tested, beating the Founders Edition at every turn. It just doesn’t really look like a $1,200 luxury GPU.