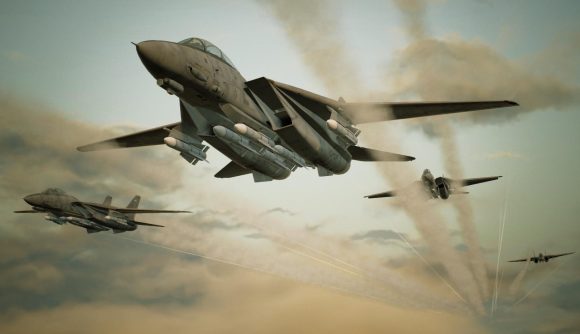 Time sure… flies, huh? Ace Combat 7: Skies Unknown is now two years old, and to celebrate, publisher Bandai Namco has a free update on the way that adds a selection of free new content to the arcade-style flight simulation game.

What Ace Combat 7 pilots will be seeing when the update drops January 19 is a bundle of new skins and emblems for their aircraft. There’s a Phoenix skin for the F-22A, a Mobius skin for the F-4E, Garuda for the F-15E Strike Eagle, Rodgebacks for the ASF-X Shinden II, a Crow skin for the F-16C Fighting Falcon, Scarface and UPEO skins for the Su-37, Gryphus for the F-22A Raptor, UPEO for the Typhoon, and a eye-melting glowing skin for the X-02S Strike Wyvern.

On top of that, you’ll also be getting a new batch of emblems for use on your aircraft, one of which is Trigger’s distinctive orange wolf carrying a revolver in its mouth. That’s all well and good, but we choose to believe that Trigger’s mascot is actually the legendary JPEG Dog, a dearly departed golden retriever who had belonged to one of the developers.

Here’s all the new kit in action: 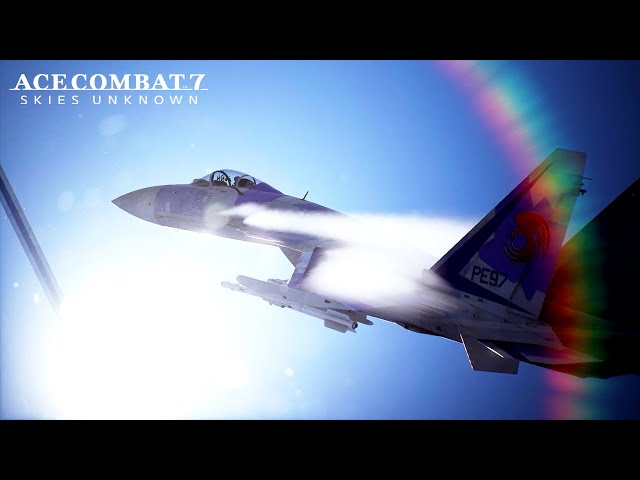 What we really wanted to show you, though, was the E3 trailer for Ace Combat 7 that was shown in 2018, because it makes us giggle like rotten little children: 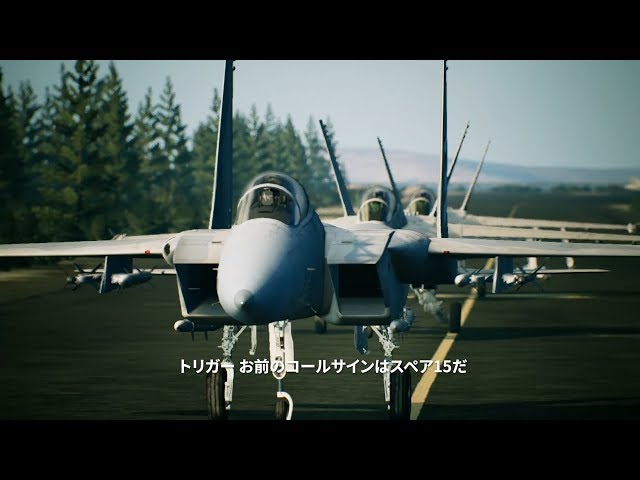 Juvenile merriment aside, Ace Combat 7 is a lot of fun, and an update two years post-launch is a welcome treat. The series is also celebrating its 25th anniversary – we’ll be looking forward to toasting to many more.