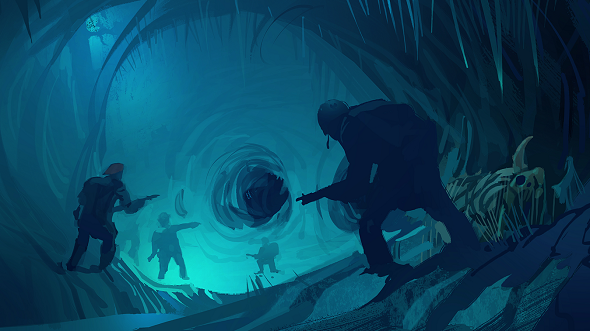 A turn-based tactics version of the Nazis-meet-Lovecraft RPG Achtung! Cthulhu just wrapped up its Kickstarter campaign and will be out later this year.

Here are our picks for the 11 best strategy games ever.

Achtung! Cthulhu Tactics is a collaboration between Auroch Digital, strategy game vets who’ve specialized in creating digital versions of board games, and Ripstone Publishing, who are funding the core game. They’re teaming up with Modiphious, the creators of the original Achtung! Cthulhu RPG system to make an XCOM-esque tactics game, set in a world where the Nazis’ famous fascination with all things occult has caught the attention of The Great Old Ones.

While Ripstone financed the core game, the team took to Kickstarter to raise funds to create additional characters, and managed to bring in more than double the £10,000 they asked for.

The trailer (which you can see above) is mostly concept art, but the pre-alpha gameplay shown looks like a classic turn-based tactics game, with lines of sight and cover all represented. The hook, of course, is that this time you’ll get to fight both Nazis and shoggoths. There’s also something they’re calling a “momentum system,” which will open up new pathways and side-missions as players string successful encounters together.

Given the combination of this admittedly-bonkers setting and Auroch’s track record with adaptations of classics like Steve Jackson’s Ogre, this one’s probably worth keeping an eye-stalk on. According to the Kickstarter, they’re anticipating having it out this fall.