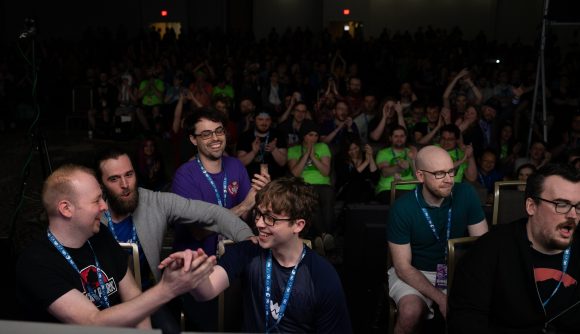 Awesome Games Done Quick 2020 has wrapped up, and once again the event has broken its own fundraising records. This year’s AGDQ raised more than $3.1 million USD (about £2.37 million) for the Prevent Cancer Foundation, a US-based non-profit dedicated to the prevention and early detection of cancer.

This year’s grand total came to precisely $3,133,012.78 from 54,132 individual donations. The average donation was $57.88 (£44.30). Speedrunners showcased games from across gaming’s history, with a few speedruns devoted to some of last year’s biggest hits. Devil May Cry 5, Blasphemous, Sekiro, Control, and a 30-minute clear of Destiny 2’s Last Wish raid.

Of course, AGDQ was also the chance to see some weird, forgotten games too. NPC did a run of Cybergenic Ranger: Secret of the Seventh Planet, and cook decided to regale the crowd with a run of something called Normy’s Beach Babe-O-Rama for the Genesis.

The final run of the event was a run of Super Metroid Impossible, which is a ROM hack of the original SNES Super Metroid that makes the game, well, if not impossible, let’s call it absurdly difficult. Speedrunner Oatsngoats finished the whole game with a time of 2:23:42.6 for a thrilling conclusion to the week of creative runs.

You can catch a few moments from Oatsngoats run here:

Packing up, but just wanted to share these clips from @Oatsngoats' Super Metroid run at #AGDQ2020. Seeing the crowd rally behind him to help him get through some tough segments was really amazing. pic.twitter.com/koO9gXm807

This year’s event raised more than $100,000 over the previous record.

AGDQ 2020 may be over, but there’s always the next event to look forward to. Summer Games Done Quick will kick off June 21 in Bloomington, Minnesota – but you’ll always be able to tune in on Twitch.