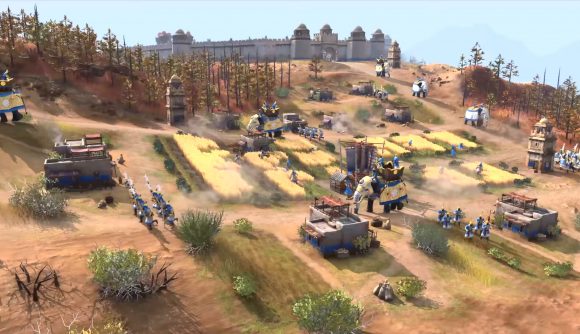 Back in April, we reported Age of Empires IV fans' concerns over the game’s graphics after its official gameplay reveal. It’s a debate that still crops up two months later, but it’s not the only thing that followers of the upcoming RTS game are worried about.

Another hot topic appears to be the Delhi Sultanate. Revealed as one of the eight civilisations that will be available at Age of Empires IV’s launch (the other three known civs being the English, Mongols, and Chinese), it's currently AOE4's only South Asian civilisation, and the only representation of the Indian subcontinent’s medieval history.

Passionate fans on the Age of Empires IV forums have spent the past couple of months discussing why this could be problematic. Essentially, while it’s acknowledged that the Sultanate was a legitimate part of the region’s history, some are concerned about it being the sole representation of the Indian peoples in the historical strategy game (forum user GKShaman summarises the main points of the discussion in a post earlier this week). Microsoft has now issued a statement to PCGamesN addressing these concerns.

“While the Delhi Sultanate is the first Age IV civilisation set in South Asia, we chose to do this so we can revisit this region via future expansions and explore an indigenous Hindi-speaking civilisation being represented in the game as well,” a Microsoft spokesperson confirms. 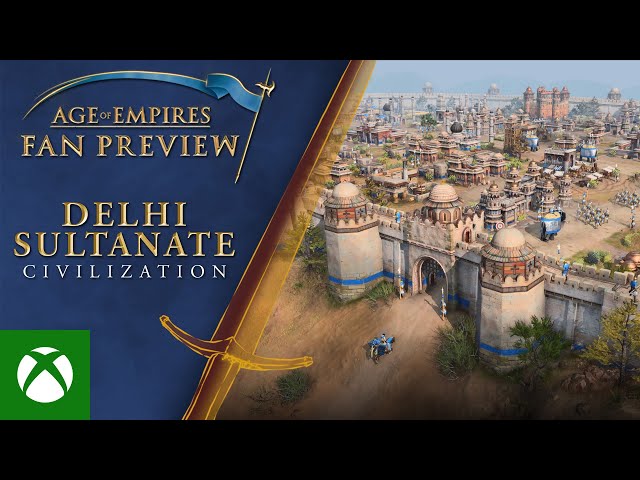 For some context, the Delhi Sultanate controlled varying amounts of South Asia for over 300 years between the 13th century through to 1526. At its height, it ruled most of modern India during the Tughlaq dynasty of the 14th century, but its influence declined to parts of the subcontinent’s northern regions towards the end of the period.

The Sultanate was always led by a ‘foreign’ Muslim minority (as they often originated from outside of the subcontinent) which ruled a population that was mainly Hindu. It’s known for many things: on the one hand, it produced one of the few female rulers in Islamic history, and was one of the few powers to successfully repel attacks by the Mongols. On the other, it was attributed with large-scale desecrations of Hindu and Buddhist temples, and the destruction of many libraries and universities. 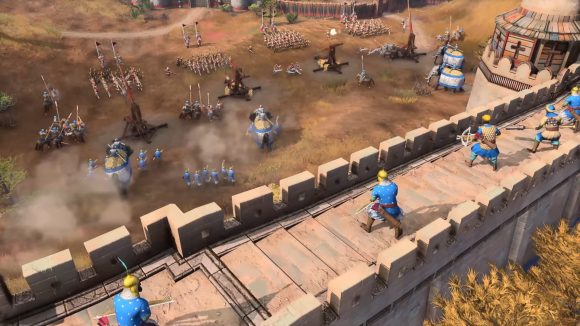 Part of the fans’ concern seems to be that, if developers Relic and World’s Edge were to pick only one South Asian power for Age of Empires IV’s launch, there may have been less problematic options to go with – such as the empires of Vijayanagara, Marathas, or the Rajput States if we’re looking at Hindu/Indian powers alone. So we also asked why the Delhi Sultanate was chosen in the first place:

“The Delhi Sultanate was chosen because they were a South Asian civilisation with a compelling history that spans the same time period as the overall era of Age IV,” Microsoft explains. “The Delhi Sultanate, like many other civilisations represented in the game, were invaders: in this case invaders which spanned the majority of the Indian Subcontinent during the Age IV time period.”

For all your Age of Empires needs: Get Game Pass for PC

The Sultanate certainly fits the theme of the civs revealed so far – with the English largely representing the British Isles as it was under Norman rule, and the Mongols being one of the most successful invading forces in history. Hopefully the stated desire to explore the region’s rich history from a different angle after launch is enough to ease player concerns.

Age of Empires IV’s release date is currently set for later this year.