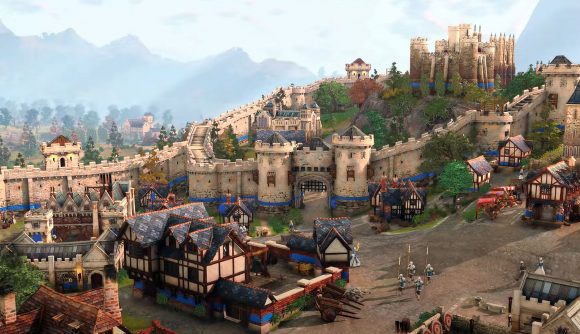 Wonderful news, Age of Empires fans. After a long wait to see more of Age of Empires 4 following the upcoming strategy game’s reveal trailer at X019, Relic and Microsoft have now announced that we’ll get another good look at it next month.

On the upcoming RTS game’s site, the devs have announced an Age of Empires fan preview event for April 10, which kicks off at 5pm BST / 12pm ET / 9am PT on that date. Streaming on platforms like Twitch, YouTube, and the site itself, it’ll be a broadcast updating fans of the long-running series on developments for several of its games – one of which is its much-anticipated fourth main instalment.

“Whilst we don’t want to spoil everything we have in store,” the blog post says, “we know that you’ve been eager for more glimpses of Age of Empires IV since the first trailer at X019. Our broadcast will include a new look at gameplay, civilizations, campaigns, and more for you to enjoy!” So, it sounds like there’ll be plenty to sink our teeth into in the way of new details that haven’t been revealed yet. 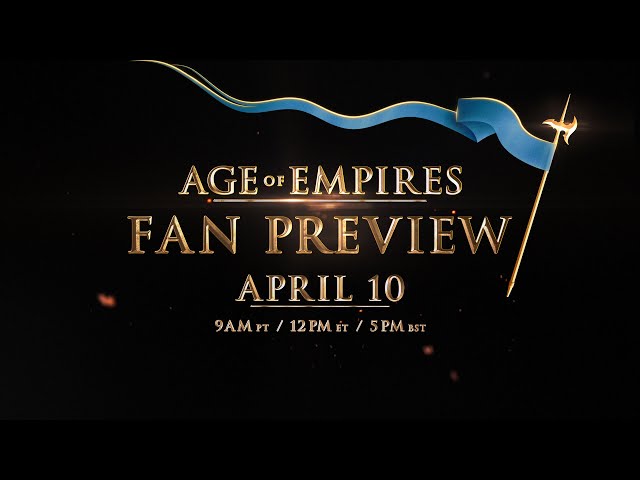 “Garrison yourself in your Town Center, gather your snacks, and get HYPED for all the Age of Empires news, content reveals, and surprises on the way,” the post rounds off, adding that the devs will “talk more about the event as we get closer, as well as where you can tune in when it’s time to make history!”

There’s no Age of Empires 4 release date to jot down in your calendars just yet, but you can check out everything we know so far at that link while you wait for the April broadcast.