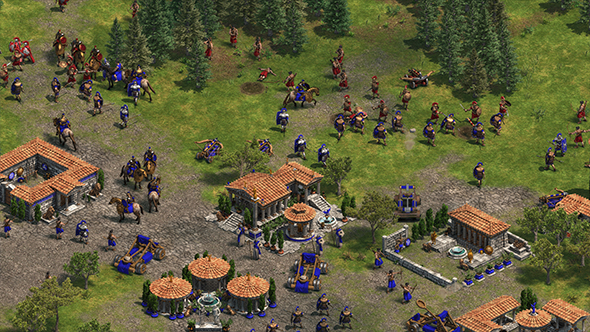 Age of Empires: Definitive Edition isn’t being kept off Steam by Valve, and could eventually come to the platform. According to PC Gamer, a Microsoft spokesperson suggested it was possible that the remastered RTS will make its way to the platform eventually.

The statement says that offering other Microsoft games, such as Quantum Break and Gears of War 4, on the platform “has already improved both the store and Windows 10 by accelerating support for features like unlocked frame rate, and making the overall consumer experience better.” Microsoft also say that competition between digital marketplaces is “good for the undustry and good for gamers.”

Crucially, the statement doesn’t say Age of Empires will never make its way to steam. Microsoft say that “before selling on another store front, we want to make sure customers have the best experience, and other store fronts need to fully support Windows 10 before we bring Age of Empires: Definitive Edition over.”

Quantum Break, which released on the Windows Store in April 2016, had a Steam version announced just six months down the line, so it’s very possible that we won’t have to wait too long to see another Age of Empires game on Valve’s marketplace.

Original story, January 26:Age of Empires: Definitive Edition is out February 20, bringing back the classic RTS with 4K visuals, UI improvements, and changes to things like pathfinding to make the game more palatable in a modern context. But there’s been one major sticking point hampering potential excitement for the title: it’s exclusive to Microsoft’s unpopular Windows 10 Store.

For their part, Microsoft say they’d love to have their first-party games on Steam, but Valve are keeping that from happening. That’s according to an interview with Microsoft producer Jörg Neumann with German site GameStar.de. Neumann says (via Google Translate) that they don’t view the Windows 10 store as a platform, but rather Xbox Live – and there’s currently “no solution” to get Microsoft’s infrastructure on Steam.

Neumann says they want to ensure people are able to easily play together, and they’ve decided the only way to make sure of that is Xbox Live. Getting the Microsoft network running on Steam “depends less on us than on other people.”

Other Microsoft-published games have come to Steam, but it’s been an awkward journey to get there. Killer Instinct offered cross-play between Steam and Xbox Live – both on console and Windows 10 – but not in ranked matches. Quantum Break also released on Steam, but that game was notably absent any multiplayer features.

Other publisher’s third-party platforms, like Ubisoft’s Uplay, are enabled on Steam and, notably, Microsoft’s Xbox Live-adjacent Games for Windows Live platform used to see many releases on Valve’s storefront.