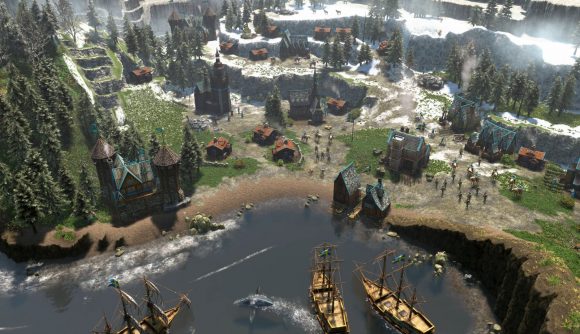 Alongside the Age of Empires 3: Definitive Edition release date announcement at tonight’s Gamescom Opening Night Live, World’s Edge revealed that Art of War missions – tutorial-type challenges that were included in last year’s Age of Empires II: Definitive Edition – will be making an appearance in Age III, too. But they won’t simply be a repeat of the previous strategy game’s – they’ll be “specific to Age III”.

In an interview with Adam Isgreen, creative director at World’s Edge, we asked about this returning feature, and how the reception of Age of Empires II: Definitive Edition has shaped or steered its incoming follow-up. “Art of War is one of the best examples” of this, he says, “but the thing that we’ve been trying to do [… is] trying to really listen to the community, and really be driven by what the community wants us to do, and what they are responding to in our games.

“It’s always kind of been our plan that, if something really hit well, we’d take it and put it into the next game,” Isgeen adds, with Art of War being the prime example. “The thing that I really like, though, is, not only did we move Art of War over to the new game because it’s so popular, […] it’s not just the same stuff.

“Some people would think, like, ‘Oh, you’re going to make Art of War – it’s going to be the same’. But no, that’s not the case,” the dev explains. “Art of War in Age III is specific to Age III. All of the nuances and all of the deep gameplay that Age III offers – and is different – is what we celebrate and teach you about with the Art of War in Age III. So, it makes a big difference. It’s a cool feature because it’s like, ‘Hey! Learn how to play RTS and learn the cool things about this game.'” 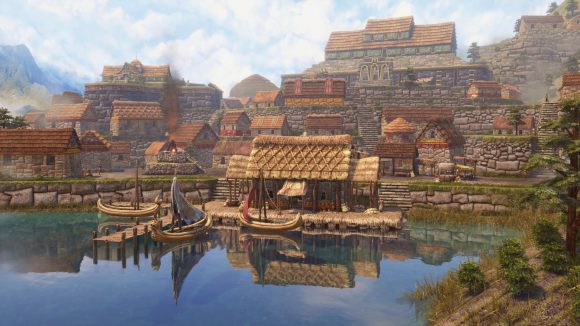 It’s not clear exactly what form AoE3’s Art of War might take just yet. But, if it’s anything like AoE2’s in terms of how they work, we can perhaps expect something in the way of brief missions or scenarios that get players to learn and test out a range of the game’s more advanced strategies and skills.

We’ll get to find out in the not-too-distant future; Age of Empires III: Definitive Edition launches October 15.