Launched back at CES, this 17-inch powerhouse from Alienware is able to deliver the goods for both gamers and content creators. The Alienware m17 squeezes a whole lot of power into a slimline chassis, taking the crown as the gaming brand’s thinnest and lightest 17-inch laptop to date – weighing in at just 2.6kg and only 23mm thick. But you wouldn’t guess that from its fully loaded specs sheet.

Long ago now Alienware ditched its over-the-top style, and luminous green colourway, in favour of something a little more reserved. In fact, the company has distanced itself so greatly from its traditional druthers with the m17’s design, that it now sits as one of the more svelte and grown-up of all the major gaming brands. The company has almost entirely ditched its famed alien head insignia altogether.

This more distinguished style pays dividends with the m17. This laptop is an awfully powerful machine for most gamers, which is fantastic if you have the cash to spare, but all that power also makes it a mighty tool in the hands of most professionals. With the growing prevalence of content creators, streamers, and part-time editors all requiring portable power, the seasoned design of the m17 makes for a sensible choice amongst a sea of red, green, and blue lights.

But the innards of this rig are far from sensible. Within its chassis lies an Intel Core i9 8950HK: a six-core, 12-thread, 4.8GHz mobile monstrosity moulded from the 14nm Coffee Lake architecture. A chip that warrants the very tippy top of Core branding around. This i9 designated chip is kept somewhat cool with the company’s Cryo-Tech v2.0 thermal technology, capable of keeping its eight cores within operational limits under load at full chatter.

Relax: These are the best PC controllers for laid-back gaming

But the m17 is certainly not lap-friendly. It can get excruciatingly hot under some CPU intensive workloads, with a lot of that heat exuding from beneath the function keys and power button. To keep all that cool, the fans are working overtime. Often fluctuating in speed and decibel to maintain acceptable temperatures. 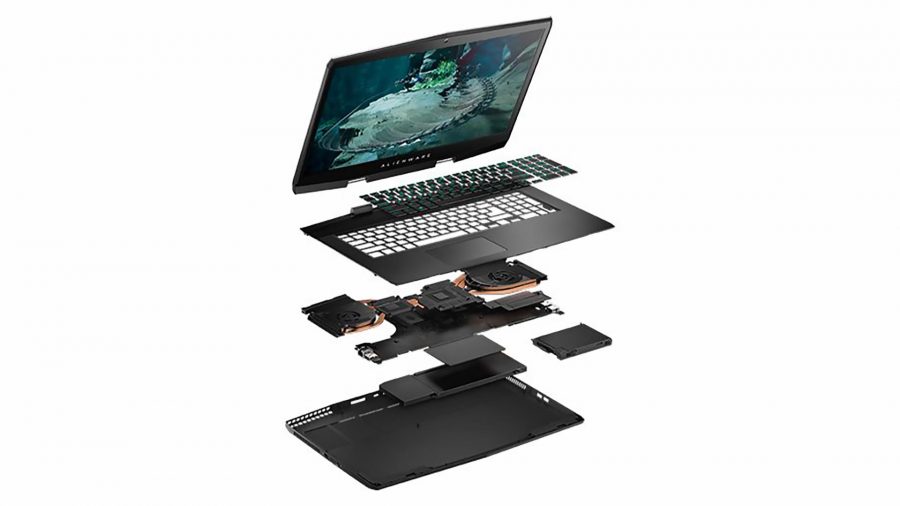 That’s no doubt thanks to the Nvidia RTX 2080 Max-Q also crammed into its 23mm chassis. With Max-Q keeping the GPU in check, this card doesn’t hit temperatures quite as tall as the CPU under load – but that comes with some drawbacks in way of performance. The Alienware m17 tops our performance charts in gaming and straight Cinebench R15 CPU testing, but only manages to outperform the full-fat RTX 2070 by a small margin in gaming.

That’s none too surprising, either. Nvidia’s Max-Q technology trades off raw power for thermal and noise restrictions. That’s what allows for laptops like this one to reduce z-height drastically without inciting a fire risk. And there’s something to be said for a desktop replacement you can move without a winch.

The Alienware m17 supplied to us comes equipped with a 4K, 60Hz panel. It’s a vibrant 100% sRGB IPS with great contrast and saturation, what’s not to love? Well, there’s certainly a case to be made for ditching 4K altogether.

Content creators will likely feel grateful for the extra real estate on offer, especially with creative apps such as Adobe Premiere or After Effects. However, a 17-inch panel stuffed with 8,294,400 pixels feels awfully tiny once you turn down Windows’ famously tripe scaling and attempt to make use of the resolution. Some icons very nearly cease to exist at the panel’s native resolution and scaling. 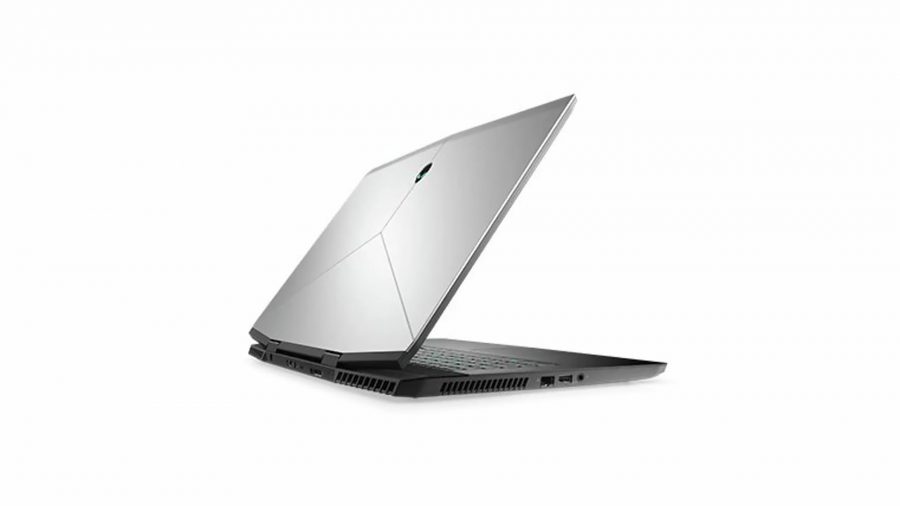 But there are technologies within the Turing architecture capable of reducing the 4K workload during gaming. While awfully limited in scope right now, DLSS can make for a very playable and stunning 4K gaming experience. Even with a laptop as small of stature as the m17.

And that’s how the Alienware stands its ground amongst a sea of RTX 20-series/Intel i9 laptops. It’s remarkably slender and lightweight for the performance on offer, delivering gaming and content creation chops within a laptop that’s actually portable. Dell’s manufacturing ranks amongst the best too, so you know you’re getting a lappy that can withstand a little rough and tumble.

Rapid rodents: These are the best gaming mice to accompany a gaming laptop

And you’d hope so given this particular model’s £3,349 price tag. That’s complete with RTX 2080 Max-Q, i9 8950HK, and a 4K screen. Although with only a 512GB SSD as the sole storage option, this configuration is cutting it fine for gamers. And that’s nigh-on unworkable for professionals working with mammoth 4K video files or RAW images. You can at least access the underside of the m17 by removing a couple of cross head screws, making a solid state storage transplant easy enough. But an added expense nonetheless.

If you’re pursuing portable performance at all costs, and have the money to back it up, you are looking at lasting quality, support, and responsiveness from the Alienware m17. The laptop’s pretty frame does occasionally house enough thermal energy to heat the Empire State’s 102 floors, but if you’re not afraid to keep those fans screeching it will maintain performance under heavy load. There are definitely operationally sounder laptops, but few that incorporate so much into so little.

Immense performance in a slender package, but not without its thermal or aural stipulations.