Following the accidental confirmation of the existence of the Asus AREZ family by their own website, Asus have fully announced the new AMD cards. And that AREZ Strix looks an awful lot like the old ROG Strix…

You need a quality screen to make the most of your graphics card, so check out our pick of the best gaming monitors around today.

The new Asus AREZ cards will go on sale in May 2018 and, just in case you thought there might be some other reference on Asus’ mind, the AREZ range is derived from the Greek god of war, Ares. Good ol’ Greek gods, they love PC hardware, lending their names to it all the time. 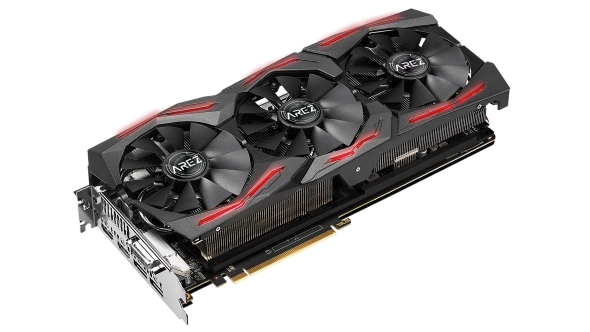 The coolers are very reminiscent of Asus’ existing design, most especially the ROG Strix, and use the same Wing-Blade technology and 0dB technology to keep noise either down to a minimum or just completely silent.

There’s a full range of AREZ cards hitting the market, fingers crossed that means there’ll be actual AMD graphics cards we can buy as gamers, and the miners won’t have already poached them from the back doors of the factories before we get a chance. 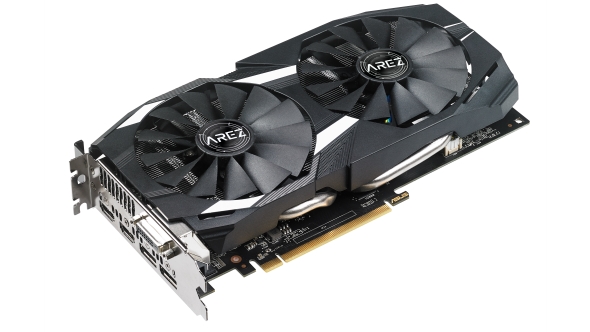 Both the AMD RX Vega 64 and RX Vega 56 are present and correct in the new AREZ Strix design, with multiple RX 580 and RX 570 cards set to launch too. The full 500-series is there too, right down to the 2GB RX 550 for the gaming masochist.

Fingers crossed we’ll have some new AMD cards to buy in May. Though we don’t know what sort of price they’re going to be once they hit retail…