In order to fully explain that part of FreeSync 2 is about powering HDR PC gaming AMD has tweaked the branding of its frame synchronising technology ever so slightly. Yes, FreeSync 2 is now being called FreeSync 2 HDR. To be honest, I already thought it was, but then I am quite slow on the uptake.

AMD’s Antal Tungler took to a livestream for PC Perspective where he announced the shift in branding, where he also stated that, in terms of specs, “it is basically what VESA’s DisplayHDR 600 specifications stand for.” AMD hasn’t published the full specs for FreeSync 2 HDR, so that has been taken as the best guess for its minimum requirements.

Whatever graphics card you’re rocking make sure you have the best gaming monitor plugged into it.

Except that’s not exactly how it’s shaking out with some announced monitors. The problem being that while AMD has publicly aligned itself with the VESA DisplayHDR 600 standard, it’s not 100% on a level. Not all DisplayHDR 600 monitors are capable of FreeSync 2 HDR, yet it seems some DisplayHDR 400 monitors are.

The issue is that the VESA DisplayHDR standards were finalised after FreeSync 2’s specs were set, and were done so completely separately. With Tungler’s announcement that AMD would be aligning with the DisplayHDR 600 standard it was assumed that meant FreeSync 2 HDR had a set minimum peak luminance of 600cd/m2.

But you know what they say about assuming anything… 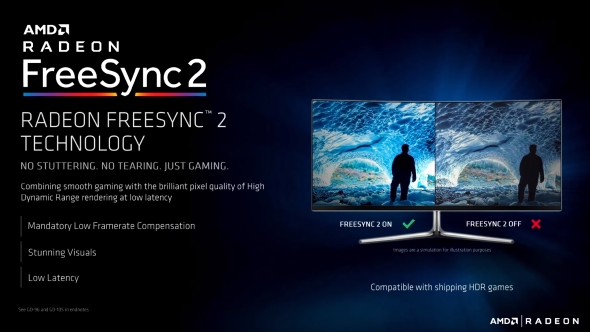 It has now come out that some FreeSync 2 HDR screens are only certified with a DisplayHDR 400 rating, meaning that they are have a 400cd/m2 minimum and cannot hit the 600cd/m2 level you might have expected from a FreeSync 2 HDR panel.

Confused yet? Well, there are certain things which are part of the FreeSync 2 HDR spec (which is still not published) that stop them from gaining AMD’s certification, but still allow them to nail the VESA DisplayHDR 600 standard.

AMD has tried to sort out the confusion with a statement given to TechPowerUp.

“The FreeSync 2 (now FreeSync 2 HDR) specifications were set almost a year before the VESA DisplayHDR standards were published. These two programs are separate and independent from each other. 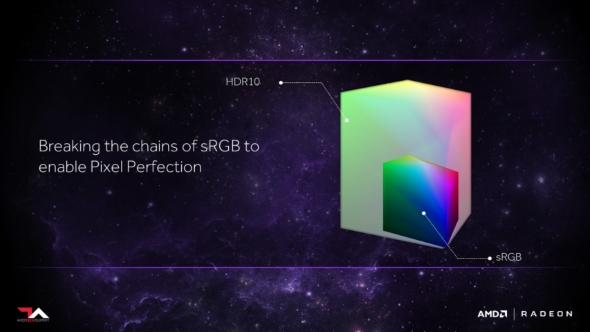 Despite AMD regularly wanting to conform to existing industry standards, this time around trying to align its FreeSync 2 HDR tech with the VESA standards is just making things ever more murky. While Tungler claims AMD sees “HDR for PC gaming as the next big stepping stone” HDR on PC is still a mess of confusing standards and some ropey monitors.

But that’s as much down to Nvidia with its G-Sync HDR and the weakheart Asus ROG Swift PG27UQ and Acer Predator screens.