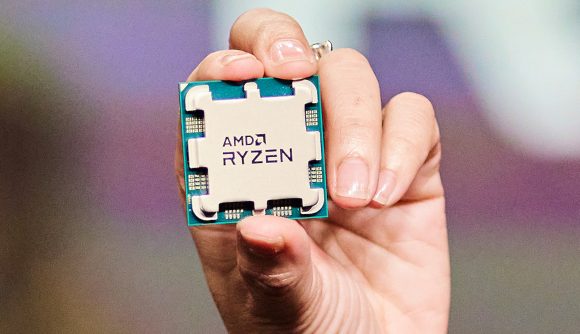 The AMD Ryzen 7000 range will support faster DDR5 RAM than Intel Alder Lake, according to the memory manufacturer Apacer. Relayed by Momomo_us on Twitter, specs for the company’s modules state that the red team’s next best gaming CPUs are compatible with DDR5-5200, while 12th gen Intel chips only support up to DDR5-4800.

Recently, we learned that AMD Ryzen 7000 CPUs might only support DDR5, as leaked documents suggest the company will ditch DDR4 compatibility. While this could make your next AMD gaming PC upgrade more expensive, its 5,200Mhz memory abilities will help give it an edge over its Intel Alder Lake competitors.

Faster memory support isn’t AMD’s only gaming RAM related boon, as Videocardz reveals that the company is cooking up a new overclocking tool dubbed “EXPO”, described as an alternative to Intel XMP 3.0. The tech will store two DDR5 overclocking profiles, with one covering high bandwidth usage and the other designed to facilitate low latency.

Intel may hold the CPU crown for now, but it looks like AMD’s Ryzen 7000 offering will put up a good fight. That said, the world of PC gaming is a never-ending cycle of tit for tat, and Intel’s Rapter Lake chips will supposedly enter the ring in 2022. The blue team’s 13th gen processors are allegedly 40% faster than the company’s current offerings, which could help it flank AM5 combatants if it actually arrives this year.