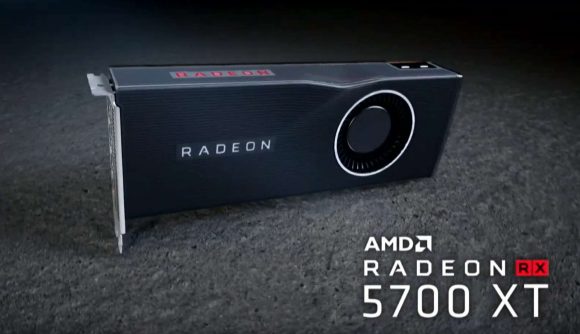 AMD has announced its lineup of AMD Navi RDNA-based graphics cards at its Next Horizon Gaming event at E3. There will be two cards at first, the Radeon RX 5700 XT and Radeon RX 5700, and both will launch on July 7.

AMD CEO, Dr. Lisa Su, kicked off the event with a statement: to bring AMD Radeon everywhere. That means across PC, console, cloud gaming, and even mobile. And it sure is making a good effort to achieve that with both Microsoft’s Project Scarlett and Sony’s next-gen PlayStation set to run with Zen 2/AMD Navi tech next year. But let’s stick to what we know best: desktop graphics cards.

AMD Navi graphics cards, or the RX 5700 series as it’s now rightfully known, is built upon the 7nm process node utilising the RDNA architecture “built from the ground up completely for gaming.” As AMD teased at Computex, this features a new Compute Unit design, multi-level cache architecture, and streamline graphics pipeline. That all accounts for a 1.25x performance per clock increase and 1.5x performance per watt over last gen.

The new cards will feature a slightly higher spec shroud to the usual reference AMD fare – and it looks rather dashing, too. This includes a new contour design to direct airflow more effectively than its predecessors.

The XT card will require dual PCIe connectors for power – one 8-pin and one 6-pin. This will be delivered to the GPU via a seven-phase VRM. 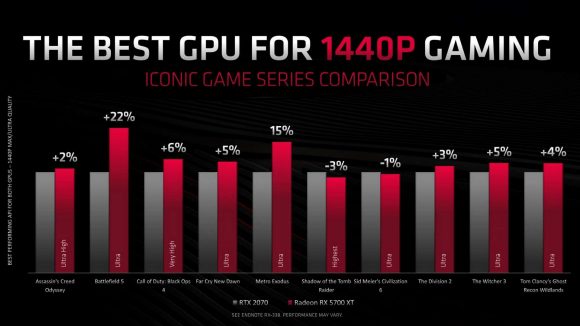 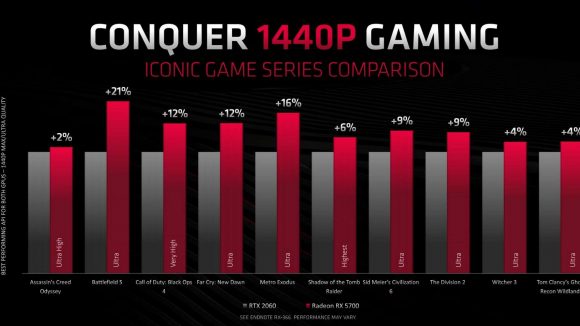 Also introduced at the event was AMD’s FidelityFX suite for developers to get the most out of AMD tech with their upcoming games, such as Borderlands 3. Radeon Anti-lag technology has garnered the most attention so far, cutting latency drastically right down to the metal.

AMD’s 5700-series will be competing right in the mid- to high-end of the graphics card market, and the red team will be hoping to undercut Nvidia’s offerings in this price/performance bracket. You’ll be able to finally get your hands on AMD Navi GPUs starting July 7 alongside the launch of AMD Ryzen 3000 CPUs. Both will offer PCIe 4.0 support on X570, making for a mighty bandwidth friendly platform.