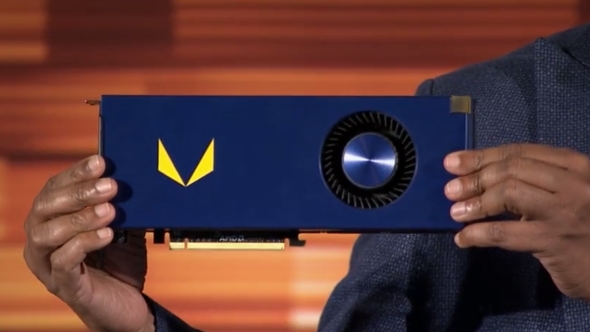 I woke with a start. The sweat-soaked Californian Infinity Fabric sheets were clinging to my shaking form as consciousness and my long-suffering wife’s worried face drifted into focus.

“…it was just a dream…” she was whispering, “everything’s going to be okay.”

I reached out and pulled her close to me, my breathing slowed as the nightmare receded into the half light of the early morning. It had all seemed so real, the terror so immediate, but as the sweat cooled on my brow I could feel a slow creeping disconnect with the previous panic.

Sensing me relax my wife let go, rolled away and rested her head back on the pillow, heavy eyelids closing again. I tried closing my eyes too but quickly opened them again as nightmare visions once more flooded the darkness. Leapfrogging engineers in crimson bunny suits surrounded me, Mark Papermaster was taunting me with a huge, shiny Radeon Vega Frontier Edition card, holding it forever just out of reach while Lisa Su just kept on spouting unknowable acronyms about datacentres.

My fugue state was all because of AMD’s recent financial analyst day. After sitting through hours of relentless tech talk I was left angry, frustrated and scared I’d never actually touch a proper Vega card. The whole event should have been a cause for celebration, not the catalyst for nerd-rage, especially with the announcement of Ryzen Mobile and Threadripper, a 32-thread processor so monstrous it’s been named after a Rat Ogre.

I was flailing because I’d been expecting to hear more about the new GPU architecture and when we’d actually be able to get our hands on the new silicon. Which we kinda did, but we also heard the sorts of Vega cards we’ll be putting into our gaming rigs won’t actually be coming out by the end of June like we thought had been promised.

AMD had announced, re-confirmed and committed themselves again and again to launching Vega graphics cards in the first half of this year, but seem to have taken a leaf out of Intel’s release playbook to ensure they keep their promise. What they’re doing is releasing a low-volume version of Vega to come before the end of June as the only variant of the new architecture to actually hit their own deadline.

It’s a kind of underhanded move which means no matter when the real launch of Vega as a genuine GPU family actually occurs AMD can always say it was released on track and exactly when they said they were going to do it. That’s great for investors, analysts and AMD, but not so much for us PC gamers. It doesn’t matter if only one SKU (that few will ever be able to afford or maybe even track down) is launched they can forever say Vega was released in Q2 2017.

And that made me rage. Until I realised what it actually signified.

Because it’s not just an Intel-like launch. Sure, Intel are absolutely the masters of hitting specified release dates in the loosest possible form, but they will launch weakheart, low-power versions of their new CPU designs in small volumes leaving the more complex, desktop and laptop chips to follow months later so they can still claim that earlier release date.

Vega though is looking more like a hybrid of Intel and Nvidia’s launch methods – after leading with their high-volume parts with Polaris last year, they’re continuing to match the GeForce line of outing their high-end versions first. They started it with a slew of Ryzen CPUs and now, more confident, they’re launching Vega with just a single super high-end GPU. 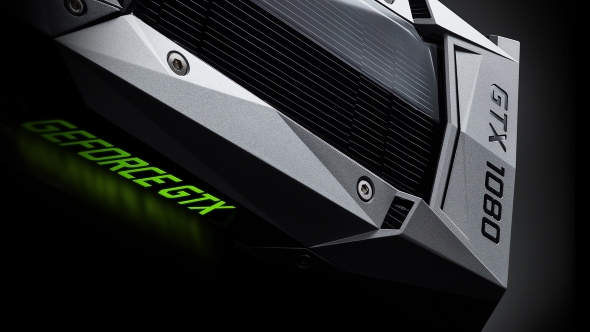 One of the reasons Nvidia do that is to maximise profit with their high-margin parts, milking cash from the rabid fan-boys and early adopters, and the green team have turned it into something of an artform.

These early adopters are the ‘I’ve just gots to have it’ folk. And it doesn’t matter how many times Raja now pops up to tell us this isn’t the Vega card for gamers, that it’s not been fully optimised for LOL, that cheaper versions will be coming out later which might even perform better, there will still be people so desperate to get their hands on a Vega GPU they’ll spend the ~$1,000 probably needed to pick up a Frontier Edition card.

Hell, if I had the ready reddies I’d probably be one of them.

But this limiting of cards, especially once benchmarks come out for the Frontier Edition to whet our appetite, is only going to feed more into the Vega hype train. That means delaying the gaming RX Vega cards will likely just make AMD even more cash, whether people decide to say ‘fuck it, I’ll buy a Frontier right now’ or more folk decide to hold off on buying an Nvidia card to give the gaming Vega cards a chance. Which is a beautifully smart, aggressive move and not something I’ve seen AMD do in the past.

Sure, it might be because they’re struggling to nail financially workable yields for the cheaper versions of Vega, but if so they’re spinning it brilliantly.

This brash, swaggering ‘New AMD’ we’ve heard the execs talk about is surprisingly refreshing and gives me confidence they’ve got confidence in their new techie goodies. Which kinda feels like a first.

While it was fun rooting for AMD as the plucky underdogs – with an open-source heart of gold but a tragic inability to launch consistently competitive product – I’d much rather witness an aggressive, confident AMD which is actually able to deliver. After all, when the gaming frame rates are flying my morals can be a little more fluid…