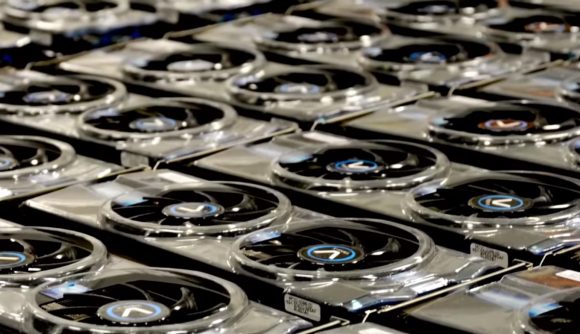 If you were looking for the least plausible source for reliable AMD technical information you could hang out on the less salubrious corners of the tech world, check out the latest Antipodean exclusive sources, or look for random posters on 4chan claiming to be AMD employees. And that’s what we have here… someone presenting themselves as an employee with insider knowledge of the Navi GPU, giving specifications that are just believable enough.

Though those ‘leaked’ specifications could easily have all been cribbed from a half hour of drilling through months of previously rumoured specifications as there’s not really a whole lot actually new in them. The speculative $259 price tag is about what you would expect from a next-gen replacement for the flagship Polaris GPUs, the RX 580 and RX 590, but the promise of real-time ray tracing is maybe more interesting.

The 4chan post (via SegmentNext) promises all the performance details, such as the memory bandwidth and Vega 56 – GTX 1080 level gaming pace, as well as more detailed specs. The poster claims that presumably the top-tier Navi GPU will come with 32kB of L1 cache and 3,076kB of L2 cache. It will all run across a 256-bit memory bus, offering 410GB/s of memory bandwidth. The post also says the GPU itself will boost beyond 1,800MHz and have a 150W TDP.

Screen time: These are the best gaming monitors for your new GPU

The cache details are maybe a little bit of a red flag here, given that it’s unlikely to have a L2 cache capacity of 3,076kB. A 3,072kB is a much more likely level of L2, but that could have simply been an easily explained typo. 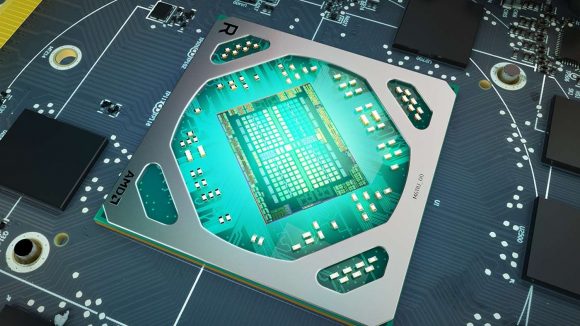 Aside from those details, the poster does also go into detail about the presentations that will accompany the Navi reveal, whenever that happens. Unfortunately there are no extra details of a release date, or even the full architecture announcement, but the poster promises that there will be 4K performance demos for the usual AMD-favouring titles when it does – Resi 2, Hitman 2, Strange Brigade, and Forza Horizon 4.

It also says AMD will be comparing the new Navi GPU’s performance against both the RTX 2060 and the GTX 1080, testing for both power consumption and gaming frame rates. 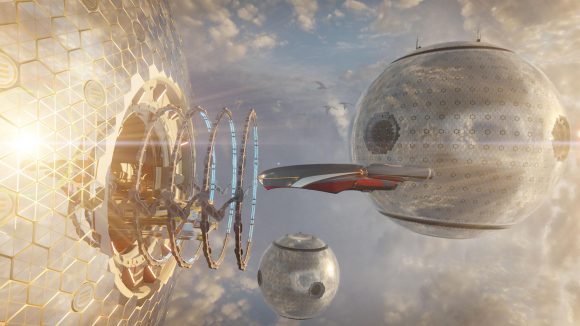 Interestingly, it also says there will be real-time ray tracing demos show too. While the current thinking is that the silicon inside Navi might be pushing it to deliver real-time ray traced effects at a decent frame rate given the ray tracing performance of other $260-level GPUs around today, Sony has confirmed that its Navi-powered PS5 will support ray tracing as standard. And it will have an SSD with “raw bandwidth higher than any SSD available for PCs,” but that’s another story…

So we do know that Navi has been created with ray tracing effects in mind, which means we could be in for a treat when AMD does get its modern mid-range marvel out of the door. And if it can nail the combination of GTX 1080-level gaming performance and a $259 price tag then we’ll all be suitably impressed.

That is a big if right now and, given the source of this latest speculation, we are stretching the bounds of credence. But hey, rumours, salt, tequila, all that. You know the drill by now.