Time to crank up the AMD Navi hype machine one more notch as leaky rumours have reportedly spilled from the lips of AMD’s biggest graphics card partner, Sapphire, regarding fresh details of the upcoming GPUs.

So yes, it’s time for: Who do you trust? Hubba, hubba, hubba. Money, money, money. Who do you trust? If the answer is any source from a Chinese blog then you’re in luck. A now-removed interview purporting to be with a Sapphire product manager and public relations director at the AMD 50 event in Chengdu, China, has revealed some tantalising tidbits about the Sith-inspired Rule of Two for the Navi graphics cards. There will be two Navi 10 GPUs, a higher-end XT version and a slightly cut-down Pro chip, in the same sort of tiered structure that Vega launched with in 2017. And, interestingly, Navi will kick off with the same MSRP too.

The fact the interview link is now returning a 404 error indicates that someone has requested the interview be removed from publication, which could in turn mean that at least some of the information in the chat is true and not necessarily for public consumption. That have, after all, been a lot of spurious rumours which haven’t been removed from public record.

The original interview appeared on the Zhuanlan Zhihu blog (via TechPowerUp) and refers to the Navi 10 XT GPU being the basis for a $499 graphics card that’s stronger than Nvidia’s RTX 2070 at essentially the same price. The step down then is the Navi 10 Pro with a $399 price point and the RTX 2060 firmly in its sights.

Read more: These are the best gaming monitors around today

The pricing matches the recommended launch price of the Vega 64 and Vega 56 cards from 2017, though those cards were practically impossible to track down anywhere near that MSRP for many months after launch. Fingers crossed AMD actually has available stock for the Navi generation around launch so as not to have the same thing happen again… 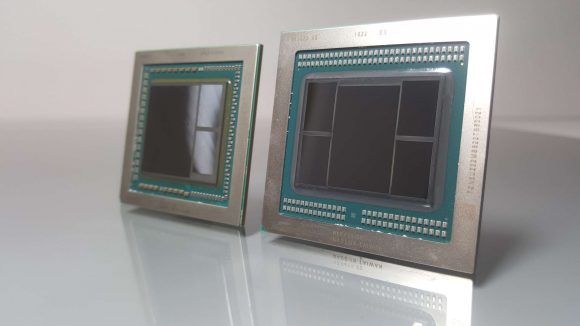 The Sapphire reps, who have probably be rather tersely reprimanded for their parts in this story, have also stated that while Navi will be presented at Computex next week the cards won’t be launched until July 7.

That’s a release date we’ve heard at regular intervals in the past, and still fits in with the recently confirmed Q3 launch. Just. The 7/7 date also fits with this as the mainstream introduction of a 7nm graphics architecture, and would also nicely dovetail with the rumour that the 7nm Ryzen 3000 processors will also be launched on the same date.

There are a couple of other interesting snippets that have spilled out of the interview too. For a start the Sapphire pair denied that there was a larger Navi GPU on the way, playing down any rumours of a 5,120 GCN core chip. 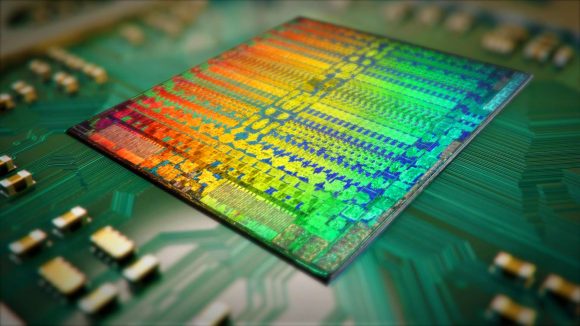 They also explained there was no hardware-based acceleration in the upcoming Navi GPUs for real-time ray tracing, but that may come in the next generation of AMD graphics architectures, though that hasn’t been finalised yet.

As usual, all of this can be taken with a dose of salt, tequila, and lime. There’s nothing here that seems wildly out of character for AMD, which equally means the ‘details’ here could simply be educated guesses rather than hard-and-fast facts. But, as I said, the interview now being removed from the nets does potentially lend a little more credence to the leak.

I mean, it is interesting that none of the AdoredTV leaks were removed and they differ wildly from what the Sapphire reps are talking about. Everybody would love to have a Navi card that beats the RTX 2070 for $250, but I don’t think any of us really believed the RX 3080 XT rumours were based on particularly concrete foundations.