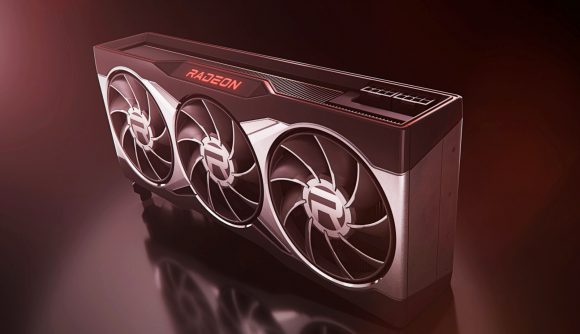 As the RDNA 3 release date fast approaches, hardware leakers continue to fan the flames of excitement surrounding the next-generation of AMD Radeon graphics cards, with some absolutely bananas performance expectations to boot. New information has come to light that puts team red’s new GPU microarchitecture well-ahead of its predecessor and existing Nvidia competition.

According to sources close to Moore’s Law Is Dead, AMD Radeon RX 7000 graphics cards built with the RDNA 3 Navi 3 GPU die could boast “+90-130% over the RX 6900 XT in rasterisation performance.” However, the YouTuber does caution that there is some disagreement on exact metrics between their sources, so it’s perhaps best to place more stock in the lower-end of these claims for now.

This kind of performance uplift might make a prospective AMD Radeon RX 7900 XT top dog in the GPU market, and stave Nvidia’s ambitions of acquiring the coveted title of the best graphics card with its RTX 4000 series. We won’t have to wait too long to find out, as MLID also says that we should expect pixel pushers using the most-powerful RDNA 3 GPU die to launch in Q4 of this year.

Meanwhile, there’s good news for those looking to upgrade their gaming PCs with a more budget-friendly graphics card, as it looks like mid-tier AMD Radeon RDNA 3 GPUs may be as fast as RX 6900 XT.

For those in need of a new pixel pusher well before the RDNA 3 launch date, it might be worth hanging on just a little longer for the all-but-confirmed RX 6000 series refresh, which is rumoured to arrive on May 10.