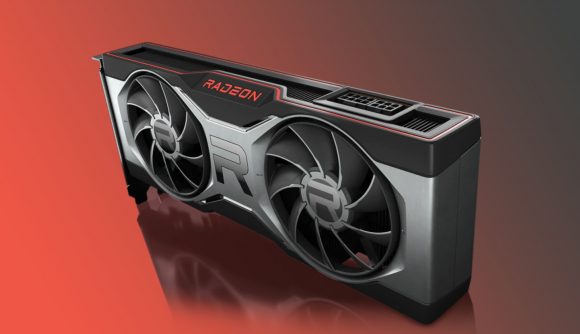 The AMD Radeon RX 6750 XT should help give the red team’s RDNA 2 architecture a second wind, but leaked benchmarks suggest it’ll only just surpass the abilities of the RX 6700XT. Shared by reliable leaker Komachi, GFXBench results for the card suggest its abilities to boost fps are limited, meaning it could feel more like an uncanny replacement.

GFXBench tests for the AMD Radeon RX 6750 XT only cover the suite’s “Aztec Ruins High Tier” mode, with the card yielding 366.5fps. In the same scenario, the RX 6700XT hits 362.2fps, which suggests a minuscule performance boost of around 1.2%. Naturally, the limited scope of the test paints an incomplete picture of the GPU’s abilities, but it still places a question mark over the RDNA 2 card’s potential.

It’s worth noting that it’s still early days for the RX 6750 XT in terms of testing, and early leaks should be ingested with a grain of salt. The refreshed GPU’s enhanced specs could also make a difference when it comes to real gaming PC performance, even if it doesn’t leave its older sibling in the dust.

The Radeon RX 6750 XT is expected to arrive May 10, which means it’ll likely beat Intel Arc Alchemist GPUs bearing a similar spec to the punch. That said, the rumour mill claims that the RTX 4060 will boast performance comparable to an RTX 3090 Ti, so any cards released from now until the RTX 4000 series’ arrival might not be in with a chance of reaching the graphics card throne.

Clash of the Ti-tans: Check out the best graphics cards in 2022

Of course, Nvidia and Intel aren’t the only companies cooking up brand new GPUs, as AMD’s RDNA 3 lineup is also expected to arrive in 2022. So, while there are bound to be some PC gamers looking to pick up an RX 6750 next month, you might be better off waiting for next-gen graphics card contenders to enter the fold.