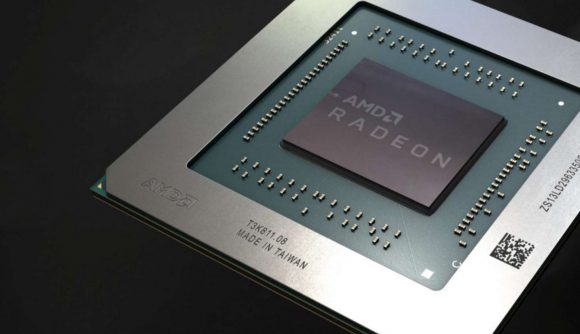 AMD and Samsung have just announced a new partnership which will see the AMD Navi RDNA-based graphics silicon, the same architecture in the upcoming Radeon RX 5700 XT GPUs, being embedded into future mobile devices, including smartphones. Yes, future Samsung phones are going to bleed Radeon red.

This is huge news for AMD. Not only does it have graphics hardware in PC, consoles, cloud services, and high-performance computing, it’s now going to be able to boast a position inside some of the most popular mobile phones on the market. Where the likes of Intel and Nvidia would dream of having such a big name sporting their own silicon in mobile devices, AMD has actually made it happen.

Intel in particular had been perennially six months away from having a processor for mobile phones throughout the early 2000s, and yet never managed to appear in more than a handful of prototype handsets. And Nvidia’s powerful Tegra mobile chips may have made for a great Shield tablet, but has only popped up in a Chinese phone and one promised handset for Europe. Neither of which is anywhere near the household name that Samsung is.

“Adoption of our Radeon graphics technologies across the PC, game console, cloud and HPC markets has grown significantly and we are thrilled to now partner with industry leader Samsung to accelerate graphics innovation in the mobile market,” says AMD’s Dr. Lisa Su. “This strategic partnership will extend the reach of our high-performance Radeon graphics into the mobile market, significantly expanding the Radeon user base and development ecosystem.”

Top chips: These are the best graphics cards for your PC. Not phone.

The multi-year partnership will allow Samsung to license AMD’s new RDNA graphics architecture, the GPU tech behind the new AMD Navi graphics cards, for use across all of its mobile hardware.

And will allow AMD to rake in a welcome multi-year stack of licensing and royalties cash too.

“As we prepare for disruptive changes in technology and discover new opportunities, our partnership with AMD will allow us to bring groundbreaking graphics products and solutions to market for tomorrow’s mobile applications,” says Samsung’s Inyup Kang. “We look forward to working with AMD to accelerate innovations in mobile graphics technologies that will help take future mobile computing to the next level.”

Traditionally Samsung has used Qualcomm hardware in its mobile devices, with the Adreno GPU tech tucked inside the SoC, but it has also been using its own ARM-based Exynos processors with Mali-based graphics silicon. The AMD partnership will allow Samsung to manufacture the AMD IP on license and drop it in alongside the ARM processors for its mobile goodies.

This means Samsung will be making its own versions of AMD’s silicon. But does that mean AMD’s reliance on TSMC’s advanced process manufacturing is over? Possibly, AMD has said in the past that it has no problem using different manufacturers, and has specifically spoken of working with Samsung in the past.

Like the Sony, Microsoft, and Google licensing, you won’t see Radeon emblazoned on the new Samsung products, or even in much of the marketing, but AMD is going to be able to show that Radeon graphics silicon is more widely used than anything Nvidia and Intel can manage.