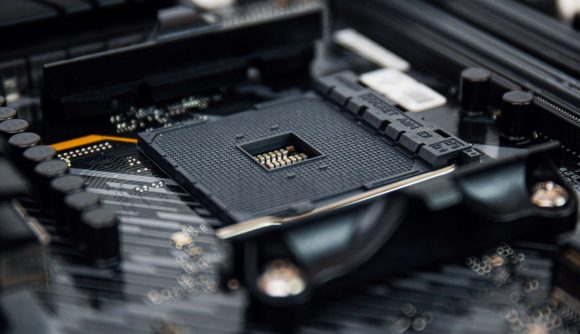 The AMD Ryzen 3000 ecosystem may be about to get a little cheaper. ASMedia has reportedly won the contract to produce AMD Ryzen B550 and A520 chipsets, which are expected to head into production immediately for shipment this side of 2020.

Following a protracted development cycle, likely due to controller technology constraints, ASMedia has finally net the ability to produce high-bandwidth PCIe 4.0 capable chipsets, China Times reports. It will hereafter be in charge of B550 and A520 chipsets, expanding its existing AMD Ryzen portfolio of X470, B450, X370, B350, A320, and A300 chipsets.

AMD uses in-house design teams for the enthusiast X570 chipsets, and will likely continue to do so. Motherboards fitted with the 500-series chipsets are the only available with mainstream PCIe 4.0 support, but have so far been an expensive venture. Even the Asus TUF Gaming X570 Plus racking up a price tag of $165 (£181).

B550 motherboards are said to support (unconfirmed) two USB 3.2 Gen2 ports, six USB 2.0 ports, and eight SATA ports. Unlike X570, the PCH itself would not be fully PCIe 4.0 compliant. Rather it will offer just a single PCIe x16 slot, the one closest to the processor, and M.2 NVMe SSD slot with updated PCIe 4.0 connectivity, rumours suggest.

That would see at least one SSD and one GPU up-to-date with nearly double the bandwidth of PCIe 3.0. So far AMD Radeon RX 5500, 5600, and 5700 GPUs are all PCIe 4.0 compatible, needlessly so; and a handful of PCIe NVMe drives, such as those equipped with Phison’s initial controller or the Samsung 980 Pro.

Any benefit derived from PCIe 4.0 bandwidth will be entirely down to your workload. Humble gamers aren’t set to benefit all that much from the change, if at all according to our PCIe 4.0 benchmarks, but content creators shifting massive files around on a regular basis may notice the change.

With Ryzen 3000 CPU compatibility across the 400-series, it seems doubtful that there will be justification to shift to the latest chipset from the best AMD motherboards available right now. They will certainly be cheaper. But convincingly so? We’ll have to wait and see.

These motherboards may act as precursor to Ryzen 4000 CPUs on the desktop, expected to release later this year, which will likely be the last to support the AM4 socket stack.

ASMedia was reported to have netted B550 and A520 orders last year. However, at the time these motherboards were said to be lacking PCIe 4.0 support. The B550A chipset also made an appearance, further suggesting these motherboards would be more of a rehash than a refresh.