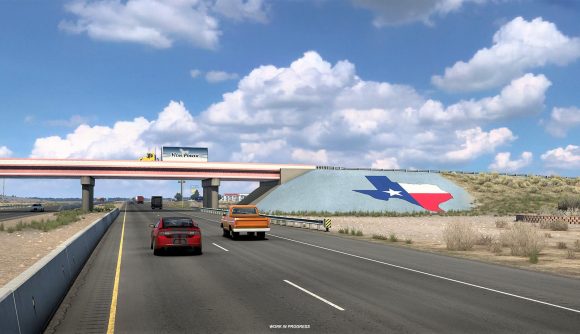 Earlier this year, SCS Software revealed that American Truck Simulator’s next big DLC would be bringing the Lone Star State to the popular truck game. There’s no sign of an American Truck Simulator Texas DLC release date just yet, but we do now have some fresh snapshots giving us a good idea of what’s coming – and the devs are doing a Steam key giveaway for fans who can correctly guess the locations revealed.

“Perhaps you remember the work-in-progress prefabs from the upcoming Texas DLC, that we have shown on our blog some time ago,” the studio says in a Steam blog post. “Well, it’s time to shake things up a bit and show you some screenshots from the actual map.” There are 12 preview screenshots offering a pretty good flavour of what ATS’ Texas will look like when it does arrive, with a smattering of towns, highways, landmarks, and other spots you might recognise from the state.

If you can, you might be able to win a Texas Steam key when the DLC’s launched. SCS asks fans to post their answers in the comments of the blog or on any of the game’s social media channels – so, on Facebook, Twitter, or Instagram – as “a few lucky winners who will guess the places correctly will receive a Texas Steam key after the release”.

There’s no word on when that will be just yet, with the DLC’s Steam page still noting the launch date as “TBA”. But, here are a few of the (work-in-progress) preview screens to tide you over until then (via SCS on Steam): 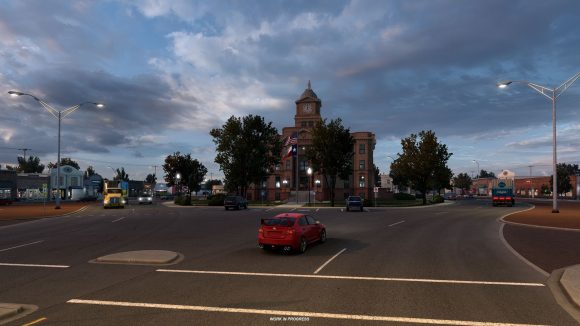 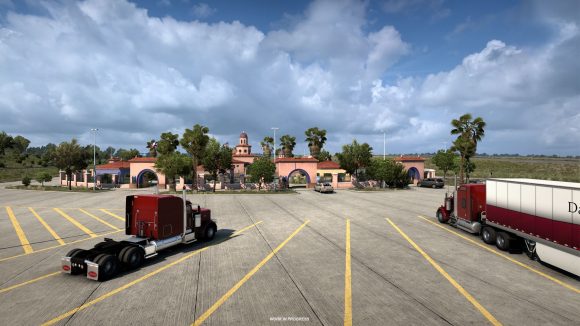 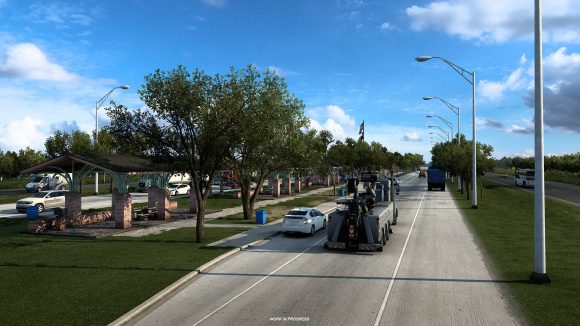 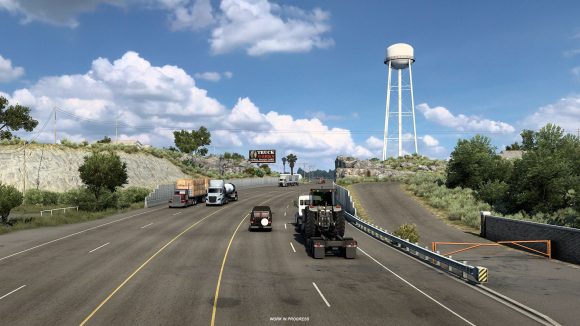 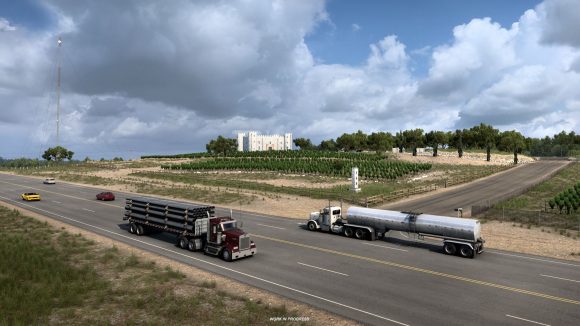