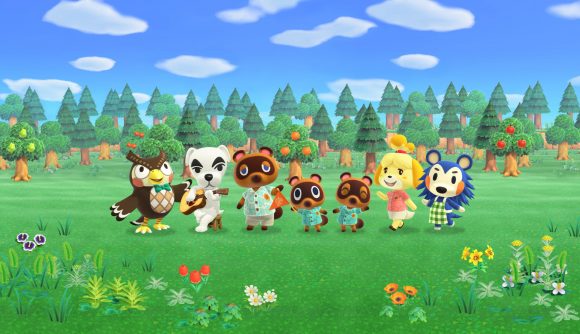 Like many Nintendo series, Animal Crossing is not, and is unlikely to ever be, on PC. However, one developer has managed to get a fake version of Animal Crossing: New Horizons onto the Microsoft Store.

Nintendeals highlighted the listing on April 30, warning people not to buy what was very obviously not Animal Crossing, nor an official Nintendo game of any description. At time of writing, two days later, it’s still up, and according to the store page, it’s been there since March 23. The game is using the New Horizons cover art and title, but looks like some form of endless runner about getting animals across busy city streets, like Frogger, but y’know, not.

To be clear: the actual Animal Crossing does not involve any animals having to cross anything. This is a wholly unrelated game, costing $2.99, that’s been added to Microsoft’s platform. It bears a strong resemblance to 2014’s Crossy Road, a free game that’s received a bit of mainstream attention. If nothing else, developer HugoStudioLab has highlighted a potential blind spot in the Microsoft Store’s moderation.

We’ve contacted Microsoft for comment, and will update if we hear back. Here’s the best games like Animal Crossing on PC, for some actual Animal Crossing-like fun.