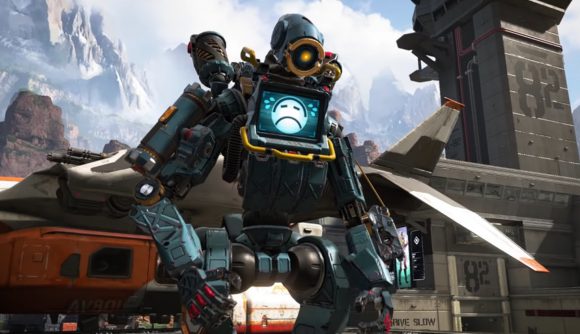 Interest in Apex Legends appears to be waning fast. Multiple reports released over the weekend suggests that Twitch viewership and overall attention paid to the game are both on a significant downward trend.

A report from Seeking Alpha references Google Trends and Twitchmetrics to show that despite an impressive peak when the game first launched back in February, interest has dropped sharply, and viewership has dipped from a high of nearly 400,000 to a low of just over 30,000 viewers last week.

That’s backed up by a second report from StreamElements (via VGR), which says that while Apex Legends peaked at an all time Twitch record of 40 million hours watched in just seven days, that figure has dropped by 75% in only a few weeks. By mid-March, Respawn’s battle royale was pulling in just ten million hours per week. On the other hand, despite a brief dip in the immediate wake of Apex Legends’ release, Fortnite’s viewership is holding steady, and may even be on the increase.

As Seeking Alpha points out, a potential reason for this could be tied to the ways in which each game acquired their viewership. While Fortnite’s rise to global phenomenon was almost entirely organic, Respawn paid streamers to broadcast its game. That clearly worked in its favour to begin with, but now that influencers like Shroud and Dr DisRespect are moving away from the game, players seem to be following suit.

Respawn’s deliberately slow development process could also be responsible for players heading elsewhere. A recent patch aside, fans of the game have expressed disappointment in the long wait for the battle pass and new playable characters. Elsewhere, attempts to counter cheaters are having only limited success, resulting in even more frustration.