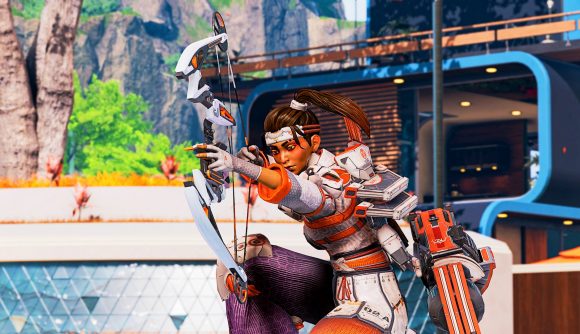 Apex Legends’ latest season hasn’t enjoyed the smoothest of launches. The servers were overloaded on launch day, and even when people did get in, they were confronted with matchmaking issues, cosmetic troubles, and some low-poly versions of Apex Legends characters – I guess we’re all going the way of Valheim. Everything is looking rosier now, though some issues remain.

Apex Legends has been dealing with a pesky bug that sends players – read: me – into duo matches on their lonesome. Even before the Legacy update, I couldn’t solo queue duos and had to try my luck in trios. Respawn hoped to fix this with the latest update, but it looks like the bug has persevered. Someone took to Reddit to flag the issue in meme format and caught the attention of Respawn director of communications Ryan Rigney. “God, I hate this bug,” he replies. “We shipped some fixes with the season update that we thought would get it. Just going to have to take another shot at it.”

Content creator Daltoosh also flagged a lack of backpacks and heaps of shield batteries in the game’s ground loot offering on Twitter. Producer Josh Medina chimed in to say that other people on the team are noticing irregularities with the game’s loot, so he’s going to poke around (below).

Despite the teething issues, though, Apex Legends’ latest season has attracted plenty of interest. At the time of writing, the concurrent player record on Steam is sitting at 330,879.

Respawn is also trying to cut down on smurfing in Apex Legends. As of the start of the season, you can report someone for playing on a new account to try their hand at easier matches.

If you fancy getting into the latest season, our Apex Legends arenas and Apex Legends Valkyrie guides are good places to start.